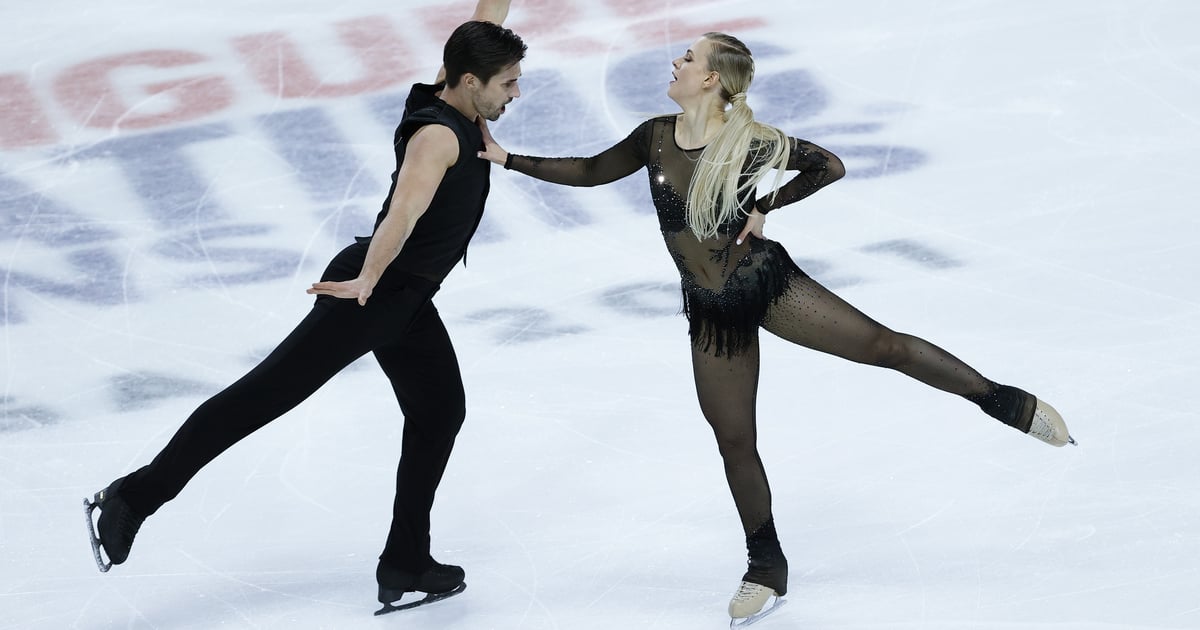 After placing second last year, Olympic ice dancers Madison Hubbell and Zachary Donohue roared back to the top of the podium at the US Figure Skating Championships this weekend, in part thanks to their flirty rhythm dance set to a medley of Christina Aguilera‘s vocals from the cult-classic film, Burlesque. The sexy, sharply choreographed program put the pair in solid position heading into the free dance, setting the stage for them to claim yet another national title.

Hubbell and Donohue’s rhythm dance featured five required elements, along with plenty of fun choreographic touches. The duo achieved level four — the highest level of difficulty — on four out of their five main elements, including a challenging twizzle sequence (the ice-dancing term for moving, synchronized spins) and the athletic, fast-moving rotational lift at the end of the program. They finished the rhythm dance with a huge score of 89.66, less than half a point behind their training mates and longtime rivals Madison Chock and Evan Bates.

Hubbell and Donohue have a knack for choosing unusual pieces of music that are recognizable to audiences outside the skating world. Last year, their free dance was set to A Star Is Born‘s Oscar-winning score, including the megahit “Shallow.” And this year, they’re pairing this fast-paced, high-energy Burlesque rhythm dance with a lyrical free dance set to “Hallelujah.” Combined, their Burlesque and “Hallelujah” programs scored them a total of 224.56 points, putting them less than two points ahead of Chock and Bates to reclaim their national title.

Hubbell and Donohue first won the gold medal at nationals in 2018, just before the Pyeongchang Olympics, and ultimately placed fourth at the Olympics and second at the World Championships that year. They repeated their national title in 2019, but struggled with weak programs last year, ultimately losing the gold medal to Chock and Bates. With this most recent win, Hubbell and Donohue are setting themselves up for another run at an Olympic medal in 2022! Check out their fun rhythm dance above.