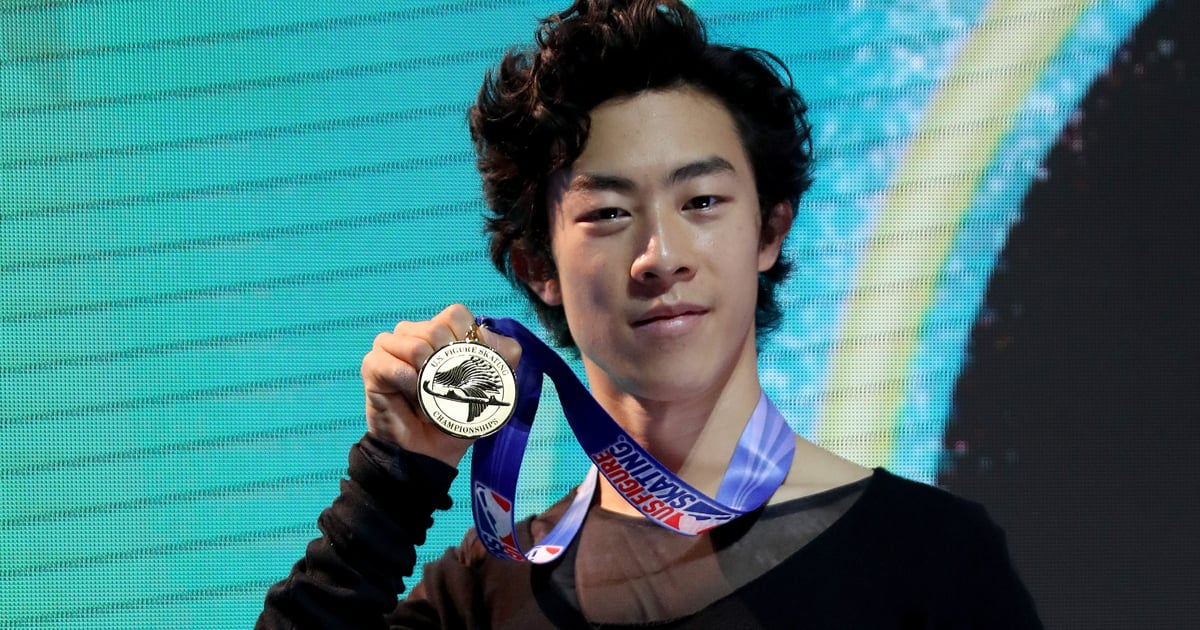 In news that will surprise absolutely no one, Nathan Chen won his fifth straight title at the US Figure Skating Championships on Sunday. Chen is currently on a nearly three-year winning streak. He hasn’t lost a single competition since Feb. 2018, when he came in fifth at the Winter Olympics in Pyeongchang. Since then, he has racked up two World Championship titles and two more Grand Prix Final wins, and he’s been the undisputed champion of American men’s figure skating.

Skating to an elegant, powerful medley of Philip Glass music, Chen put together a typically strong performance in his free skate, including five quad jumps — the most difficult elements performed in modern figure skating. Despite a minor stumble coming out of his first jump, he was able to hang on and bounce back quickly, combining near-flawless jumps with intricate choreography. Chen’s precise free skate earned him 208.36 points, which, combined with his short program score of 113.92, gave him a staggering total of 322.28, nearly 31 points above his nearest competitor, silver medalist Vincent Zhou.

Over the past few years, Chen has delivered the kind of skating we see only once or twice in a generation, and this national title is indeed historic. This marks Chen’s fifth national championship in a row, a feat last achieved nearly 70 years ago. The last American to win five consecutive men’s titles was skating legend Dick Button, who won seven gold medals at the US Figure Skating Championships between 1946 and 1952. Chen is well on his way to pursuing that record, and he’s got his eyes on another prize, too: Olympic gold, the only major competition he has yet to win.

Back in 2018, Chen was projected to win an Olympic medal, but an uncharacteristically poor short program landed him in 17th place after the first round of competition. He roared back in the free skate with the highest-scored program in the entire competition, rocketing all the way up to fifth place overall. For the past two years, Chen has been neck-and-neck with two-time Olympic champion Yuzuru Hanyu of Japan, and we can’t wait to see what 2022 holds for him. Watch his short program from this year’s US Figure Skating Championships above.