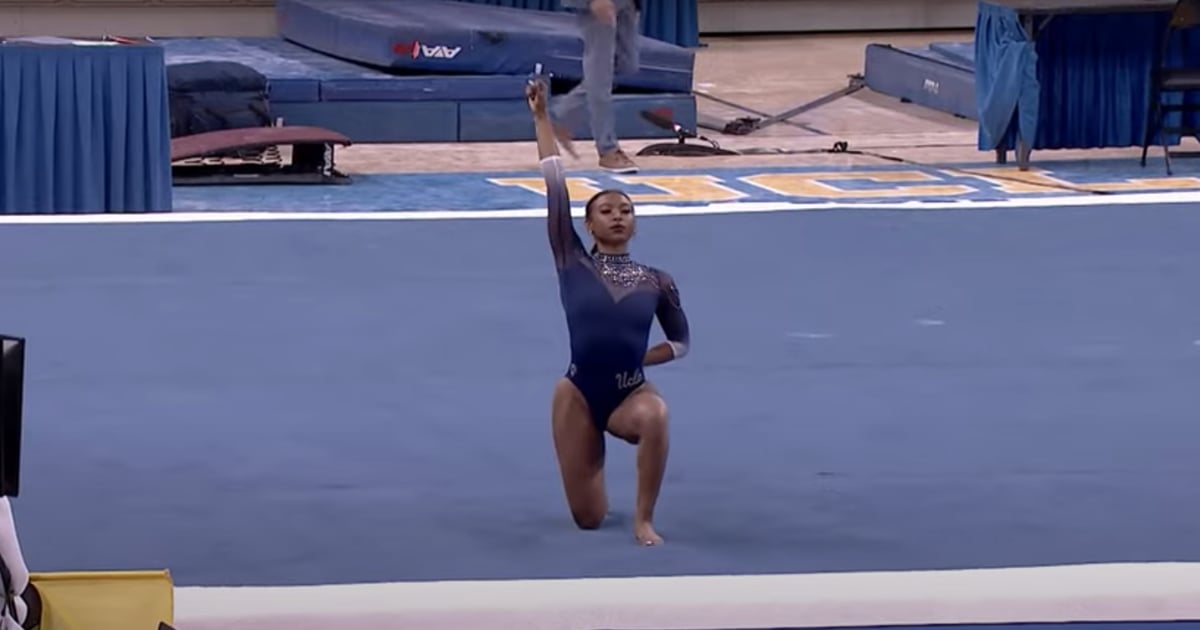 UCLA gymnast Nia Dennis went viral in 2020 for her Beyoncé and Homecoming floor routine — so viral that she ended up on The Ellen DeGeneres Show. Now, the senior is back with a new routine for the 2021 season, and her performance at the Bruins’ first competition (and win!) of the year against the Arizona State Sun Devils on Jan. 23 did not disappoint. It wowed with a huge 9.95 (yes, that is in fact .05 away from a perfect score!).

In the video above, you’ll see Dennis open up with a high-flying double backflip set to Kendrick Lamar’s “Humble.” You’ll also see her signature crown pose as well as some TikTok-inspired moves before her second tumbling pass. She truly looks like she’s having the time of her life out there. Former UCLA coach Valorie Kondos Field, or “Miss Val,” used to always refer to floor as a “floor party,” and we think Dennis made her proud without a doubt!

Dennis said in a press conference after the competition that her routine represents her personality, which is why she chose to have a “dance party,” as she described it, while also incorporating her culture as a Black woman. She’s seen stepping in one corner of the floor; this, she noted, is a tribute to her father, who was part of Greek life in college. “He was in fraternities, and stepping is really big,” she said.

Dennis’s choreography also included her raising her fist for the Black Power salute. She shared a picture of this pose on her Instagram Stories, writing “BLM” for the Black Lives Matter movement.

Prior to the competition, UCLA and Arizona State kneeled around the floor in what the Bruins called a “circle of unity” to show their support for antiracism and social-justice efforts. “There is still work to be done,” the team said in a statement, “and we will continue to take a stand and speak up for equality and for change.”