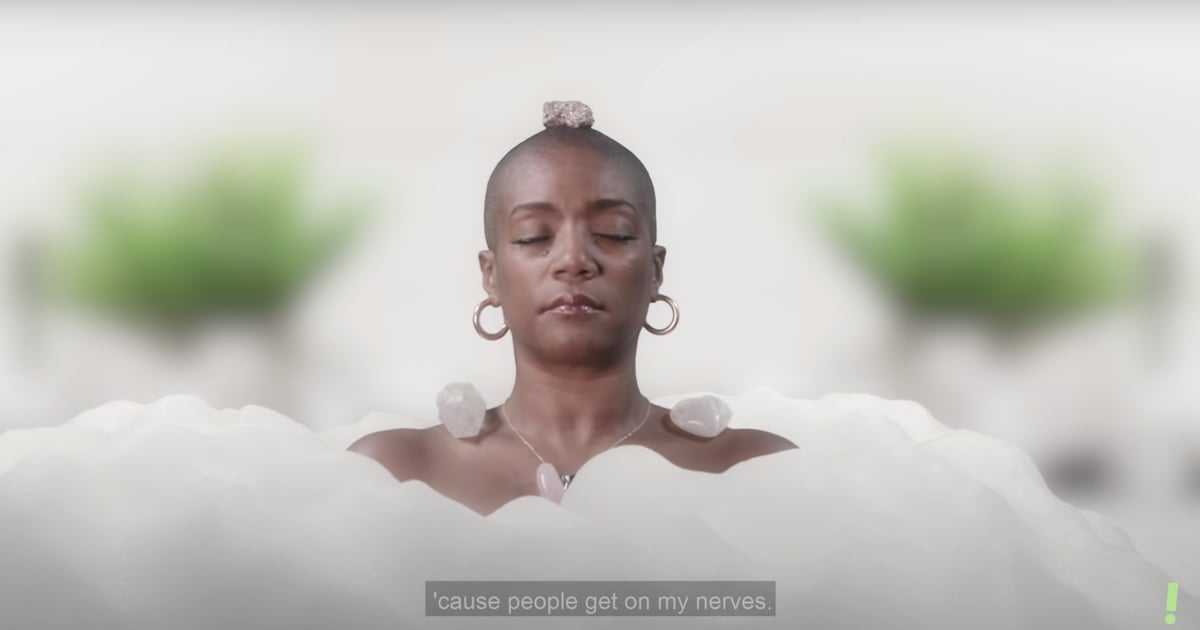 If there’s one person I’d want to experience meditation with — and help brighten my mood — it’s Tiffany Haddish. “Meditation is so good because it helps you get organized, get your thoughts together,” she shared. The comedian and actress added that in the mornings, she soaks in a bathtub (with crystals, no less) in order to foster that mindful mindset. “In my mind, I imagine there’s a huge projector screen, like a movie screen,” she described. “And all my thoughts scroll up the screen like the credits in a movie.” She knows she’s in meditation mode when that imaginary screen is black.

But sometimes, you can’t fully rid yourself of aimless thoughts — grocery lists have to be written, laundry is calling your name, conversations from last week need to be re-analyzed for the 20th time — but that’s OK. In fact, Headspace cofounder and former monk Andy Puddicombe told POPSUGAR in a previous interview that clearing your mind is not necessarily the point of meditation. It’s about being able to move on from those thoughts and feelings more seamlessly.

In the video above, you’ll see Haddish practice a quick Headspace meditation session led by Puddicombe as part of the brand’s partnership with Kevin Hart’s company Laugh Out Loud Studios. The best part? She’ll walk through her own hilarious thoughts while getting to that sense of calm — thoughts like “If someone could pay me to sleep, that’d be dope” and, yes, water Kegels.

Now, if you’ll excuse me, I’m going out to buy some crystals and run myself a bubble bath. As Haddish would say, “She ready!” I’m so ready.