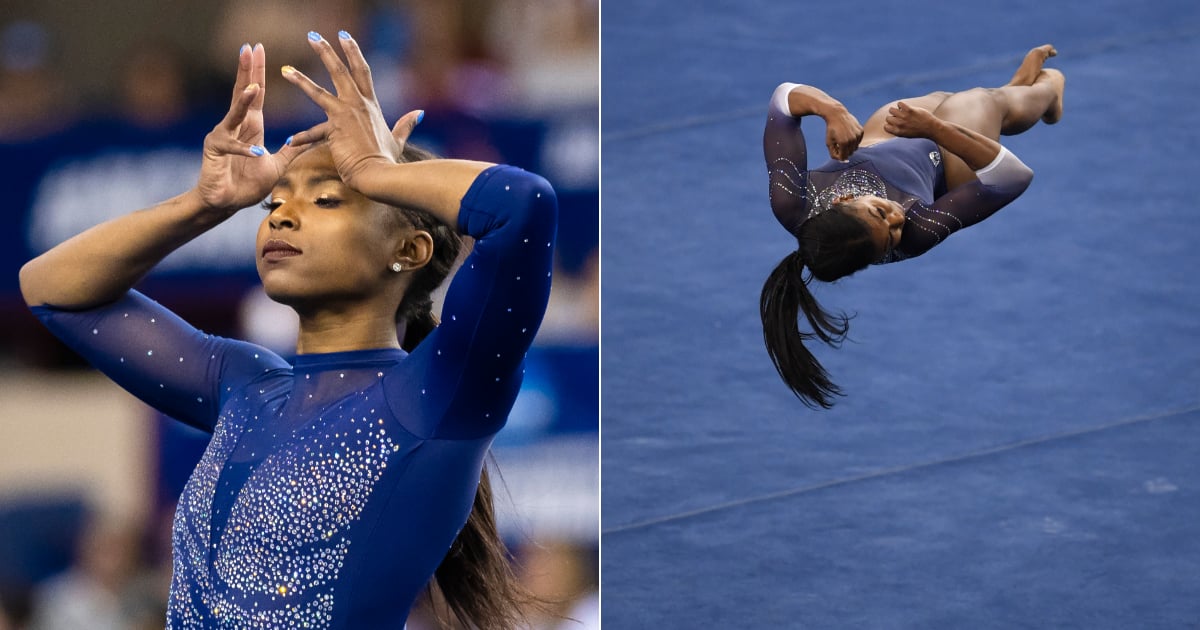 NCAA gymnastics is a world of perfect 10s, team spirit, and crowd-pleasing floor routines that, on occasion, go massively viral. UCLA senior Nia Dennis has twice lit up the internet with powerhouse performances that paid homage to Black music and culture.

Dennis’s 2020 routine was sheer “Black Excellence,” as now-VP Kamala Harris tweeted — with Beyoncé songs and fierce moves that were a nod to the artist’s Homecoming documentary. “Last year, I was going for a majorettes Beyoncé vibe,” Dennis told People, referencing HBCU dancelines.

Dennis, who has said that Black culture in gymnastics is “heavily overlooked,” debuted another dynamic tribute, this time with a mashup of hits from artists like Kendrick Lamar and Missy Elliott. In her 2021 floor routine, choreographed by professional dancer BJ Das, Dennis kneeled and raised a fist in the air evoking the Black Lives Matter protests, and also included a step sequence in honor of her father who was a member of a Black fraternity in college.

Before UCLA, the Ohio native was an elite gymnast. She spent time on both the senior and junior national teams and finished first all around for her division at the 2017 Women’s Junior Olympic National Championships. Ahead, check out Dennis in all her glory. You’ll find her viral routines (in case you missed them), more UCLA greatness, as well as performances from her pre-college gymnastics career. She rocks it on floor, but she shines on all four events!