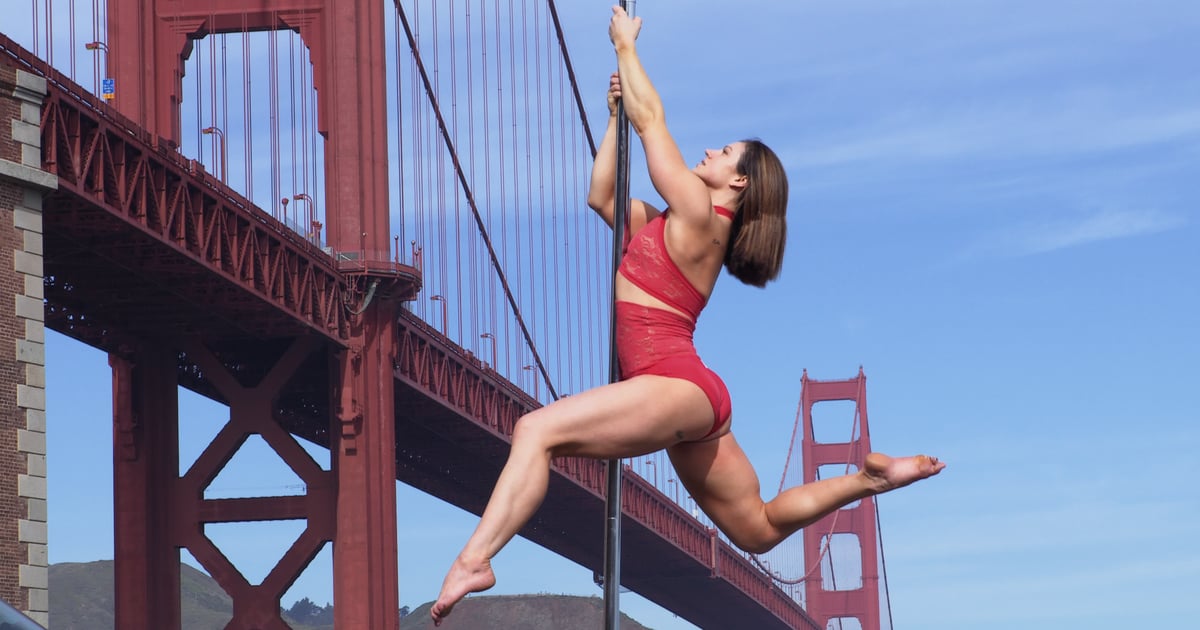 Strip Down, Rise Up, the Netflix documentary from Oscar-nominated director Michèle Ohayon, introduces viewers to the healing world of pole dance through the eyes of several amateur and professional pole dancers, including Amy Bond, founder of Pole & Dance Studios in California.

Bond is a lawyer who spent years trying to escape both the societal judgment and internalized shame stemming from her past as an adult film star. She found solace in an unlikely place — a pole dancing class in a dark basement near the law school she attended — and eventually opened up her own studio in San Francisco.

“As a modern sport that is rapidly evolving in a way that progressively mirrors the strong feminism of so many of its pioneers, pole has become a sport founded in a culture of inclusion,” Bond has said about her passion-turned-career. One thing’s for sure: Bond has certainly found a home in the sport. Keep scrolling for some tricks and routines you didn’t see in the film.