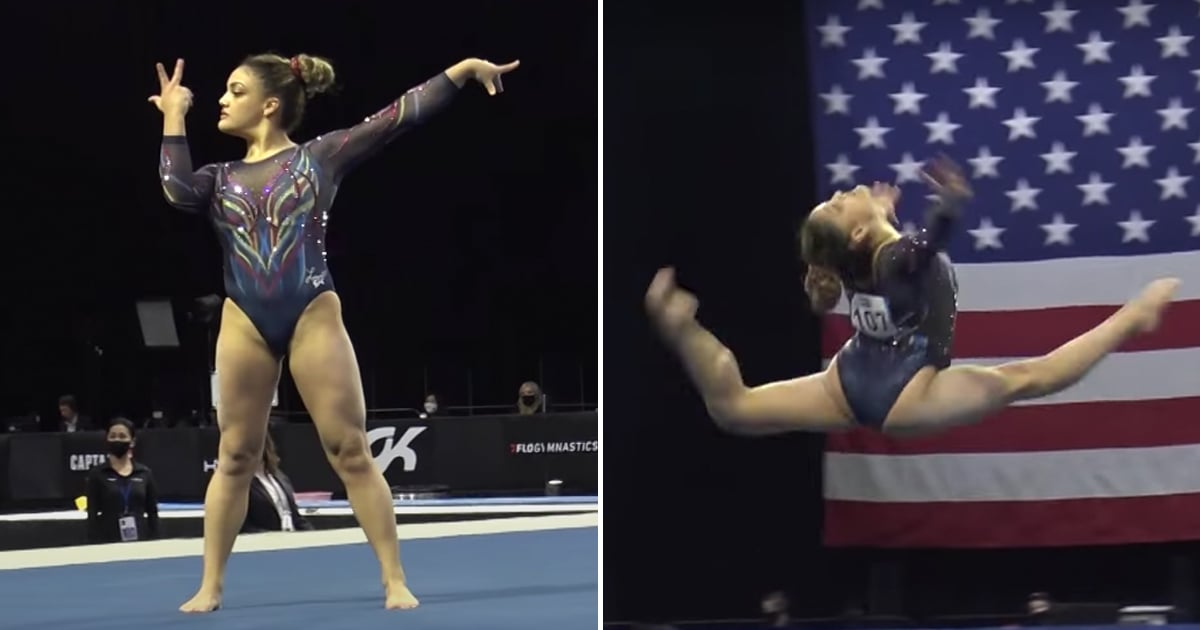 Please welcome Laurie Hernandez back to the floor! After a four-and-a-half-year hiatus, the 20-year-old Olympian made an exciting return to competitive gymnastics on Feb. 27 for the 2021 Winter Cup. Her Hamilton-inspired routine was a show of her strength, proving like Lin-Manuel Miranda wrote, she is inimitable and an original.

Hernandez stepped back from the sport after the 2016 Olympics in Rio, later revealing that former coach Maggie Haney was emotionally and verbally abusive towards her. The gymnast dealt with depression and eating disorders as a result. Hernandez said it wasn’t until years later that she realized her love of the sport could be separated from the trauma she experienced. “I thought I hated gymnastics, and it wasn’t until mid-2018 I realized that it was the people that made the experience bad, not the sport itself,” she explained on Instagram. Flash forward to 2021, and Hernandez is training under new coaches and has a positive outlook on her own athleticism.

“My first priority [at Winter Cup] is to go in and hit clean routines and show that I can be consistent,” Hernandez told NBC News. “But my next one is to enjoy myself.” It sure looks like she accomplished her goal, with non-stop energy and a smile on her face throughout her entire choreography. Watch the full routine in the video above, and celebrate, as Hernandez continues to blow us all away.