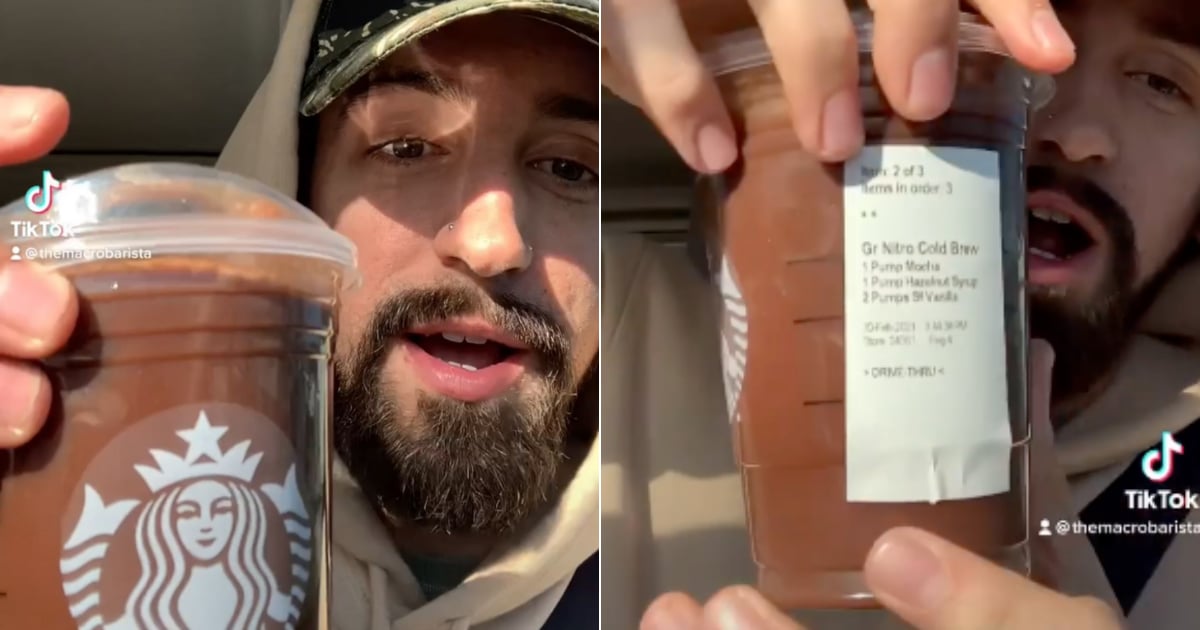 If you’re a fan of Nutella (me, pick me!), you’ll want to try this recipe out for taste: the Nutella nitro cold brew concocted by former Starbucks barista and current co-owner of KNINE Coffee & Strength Alex Moe. It looks like chocolate heaven, and it has 40 calories and approximately seven grams of sugar with a packed punch of 280 mg caffeine.

Moe, a Seattle native known as The Macro Barista on social media, was a Starbucks barista for three years and started experimenting with off-menu drink options while there. He told POPSUGAR that including an optional splash of half and half in the Nutella nitro cold brew would add in about 30 more calories and around three grams of fat. Plus, if you prefer your coffee sweeter, he advised adding Splenda or Stevia. “I’ve had a lot of feedback that people want [it] a little more sweet. Helps the flavor pop, too,” he said.

Watch Moe get this drink from a Starbucks drive-through in the video above. We know what we’re ordering next!