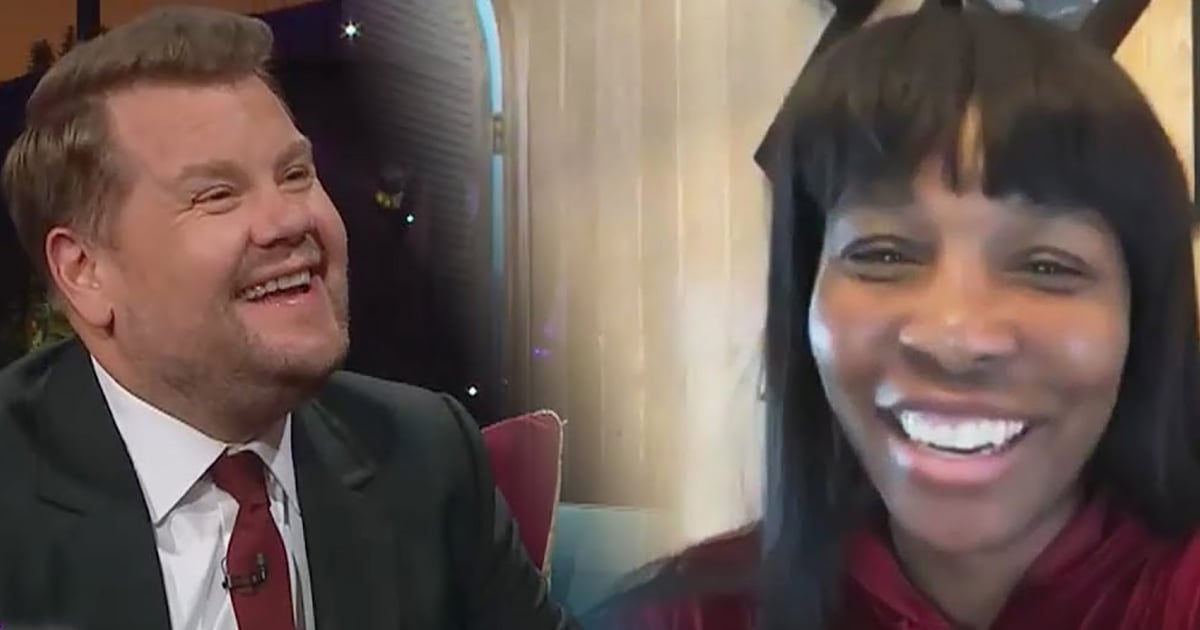 Seven-time Grand Slam tennis champion Venus Williams appeared on The Late Late Show With James Corden and talked about healing her ankle in the hopes of (fingers crossed!) hitting the 2021 Olympic Games with sister Serena Williams as her partner.

It was so sweet to hear Venus say, “She’s the best partner that you could be born with.” And when they play together, Venus doesn’t feel bad for beating their opponents. She said, “It’s upsetting when you don’t beat someone harder — does that sound bad?” No, we get it!

After Venus talked about one of her priorities, which is to do something other than tennis and to “get a life” (maybe with a vacation to Ibiza?), James asked her about how she fought for and won the right for equal pay for women in Grand Slams. Venus said it’s been a catalyst for women in other sports, but “the fight’s not over. There’s still inequality on all levels for women.” In the United States, women earn 81 cents to the dollar as compared to men. For all the men who have sisters, girlfriends, wives, and daughters, Venus said, she’s sure they don’t want their families and the ones they love to be treated this way. “It’s about opening that conversation and letting people know that they can be a part of the solution,” Venus said.

If you want to help, you can join the #PrivilegeTax initiative and go to EleVen to donate 19 cents to “fill the gap.” The money goes to Girls Inc. in Los Angeles, an organization that helps girls be strong, bold, and powerful.