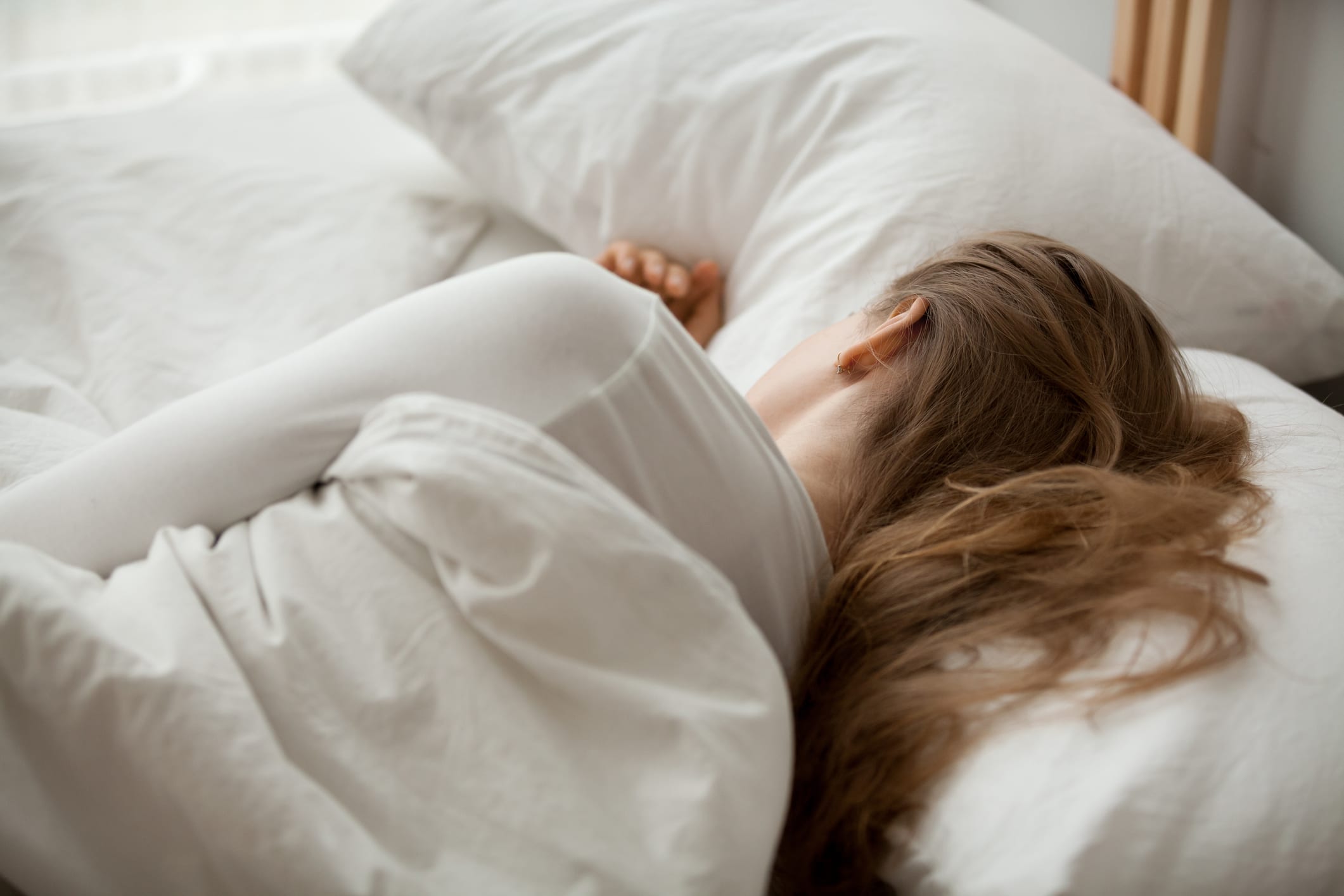 Ever wake up in the middle of the night feeling paralyzed but aware that you can’t move your limbs? It’s likely sleep paralysis. Here’s everything to know about the sleep disorder.

This article was originally published in February 2019.

Ever wake up in the middle of the night completely paralyzed but totally cognizant of the fact that you can’t move your limbs? Chances are you’ve experienced sleep paralysis. Here, a breakdown on the ever-so-elusive sleep disorder and what you can do if you have it.

What is sleep paralysis?

Some chalk up sleep paralysis to supernatural causes, or an urban legend dubbed the “night hag.” Well, turns out sleep paralysis is a real thing. It affects approximately 7.6 percent of people worldwide (Kendall Jenner reported experiencing episodes back in 2016), and in Canada alone, it affects “about half of the population at some point in their lives,” says Dr. Brian Murray, head of the division of neurology at Sunnybrook Health Sciences Centre in Toronto.

Sleep paralysis occurs during the final sleep stage (we go through a total of five periods during a sleep cycle): the REM (rapid eye movement) sleep stage. “In REM sleep we are essentially paralyzed, except for breathing and eye movements,” explains Murray. “Sleep paralysis is the phenomenon where the cortex is active, but the motor system is inactive.” So basically, it’s when you wake up fully conscious but unable to move; one system wakes before the other, instead of getting up in unison.

Besides being unable to move, those who’ve had brushes with the sleep disorder have reported seeing figures (sometimes terrifying, sometimes abstract), feeling weighed down by an object and/or sensing a strange presence in the room. (If you really want to freak yourself out, lots of people have shared their stories online.)

In my case (because, yes, I have experienced sleep paralysis countless times) my limbs are rendered useless, eyes are glued shut and my brain can’t help but focus on my very shallow breathing…. which, in turn, leads me to believe I’m gasping for air or I can’t breathe. While episodes may feel like they go on forever, Murray says they generally last between one to two minutes. “It might often feel longer as it can be frightening,” he says.

The causes of sleep paralysis vary from person to person, but a lack of sleep, for one, can be the culprit, says Murray. Conditions like narcolepsy, seizures and hypertension have also been linked to the disorder, as well as jet lag, sleep disturbances and shift work. Because this sleep disorder is more likely to occur when you’re sleep deprived, Murray says ensuring adequate sleep time is essential, noting that most adults need between seven to nine hours of uninterrupted slumber.

What should you do if you have it?

One way people have cited utilizing sleep paralysis to their advantage is by turning their episode into a lucid dream (something I’ve yet to experience). If you’d rather your body wake up, the best thing to do is remain calm. Try focusing on moving your smaller muscle groups — wiggling your toes and fingers usually helps. During my episodes, focusing on my breathing (and reminding myself that I’m not actually going to die) often helps quell my anxiety. Waiting for it to pass is what Murray suggests, adding that if sleep paralysis becomes persistent or problematic, you may want to consult a sleep physician. The one major takeaway from experiencing sleep paralysis is that the more you experience it, the more you can practise remaining calm, which makes the episodes a little less intense.