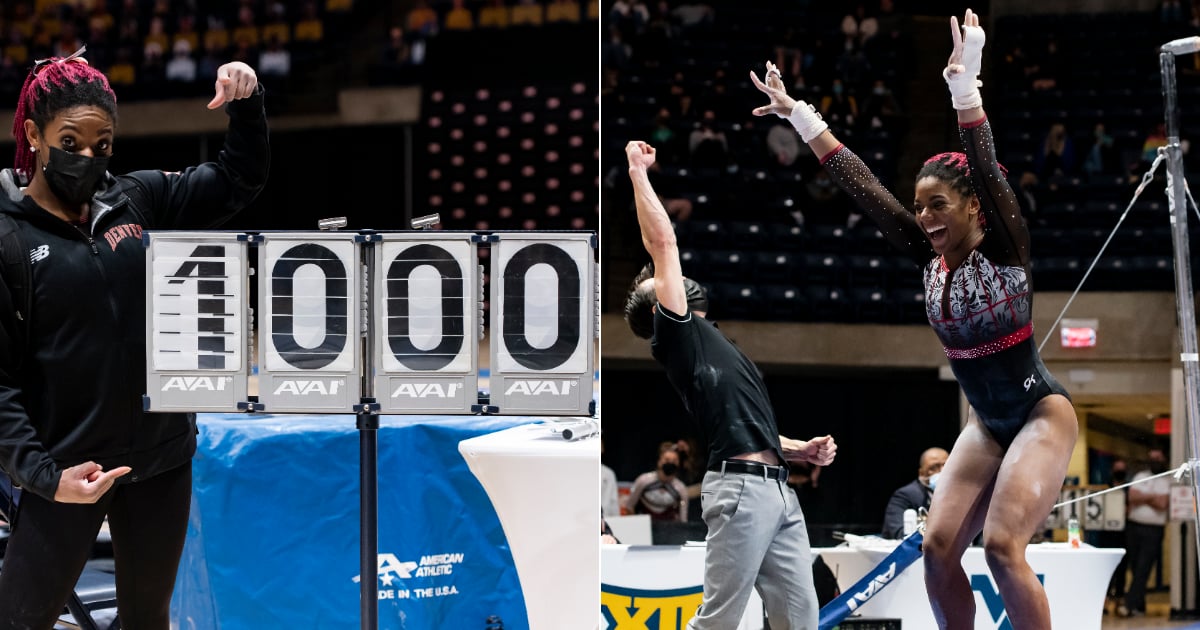 A handful of perfect 10s have been recorded this collegiate gymnastics season, but Lynnzee Brown‘s 10.00 bar routine from March 20 came with an extra accolade: the senior out of Kansas City, MO, helped the University of Denver clinch their first Big 12 Gymnastics Championship title to date (Denver was added to the conference in the 2016 season). They out-performed University of Oklahoma’s team, who were co-ranked No. 1 in the nation.

Brown was also named co-Big 12 Gymnast of the Year alongside Oklahoma’s Anastasia Webb, and she took home the Big 12 all-around title that day. It was Brown’s first perfect score on bars, and the senior sealed her team’s victory the best way she knew how: with a flawless routine, seen above, featuring a stuck double layout dismount. Her excitement afterward says it all.

Last year, Brown missed most of the shortened season due to an Achilles injury but made a recovery post-surgery. “In my early career, I had a hard time separating myself from me as the athlete. Through this injury, I’ve realized that I mean so much more to this team than my athletic abilities,” she told CBS4. “I think I’m fearless in a new way. Just because I’m afraid to do something, it’s not going to stop me from trying.” Try she did — and win she did, too!