Stunningly beautiful and exceptionally talented are just two ways to describe Hollywood superstar, Charlize Theron.  Having begun her career as a model in Milan, Charlize is no stranger to high fashion.  In 2004, she parlayed an initial three-year deal with French Fashion house Dior into an over-decade-long relationship.  Charlize frequently wears Dior Haute Couture on the red carpet of award shows and movie premieres.

The 2004 Academy Awards was life-changing for Charlize Theron.  She won her first Oscar for Best Actress for the film, Monster.  Her Old Hollywood glam look was picture perfect for this incredible evening.  Charlize wore an off-white embellished Gucci by Tom Ford gown. Fresh from a Brazilian vacation, her tanned skin was the perfect accessory for this sparkly full-length gown.  Charlize’s hair was styled in a pin curled bob.  Her neutral make-up palette let her sun-kissed skin shine through. 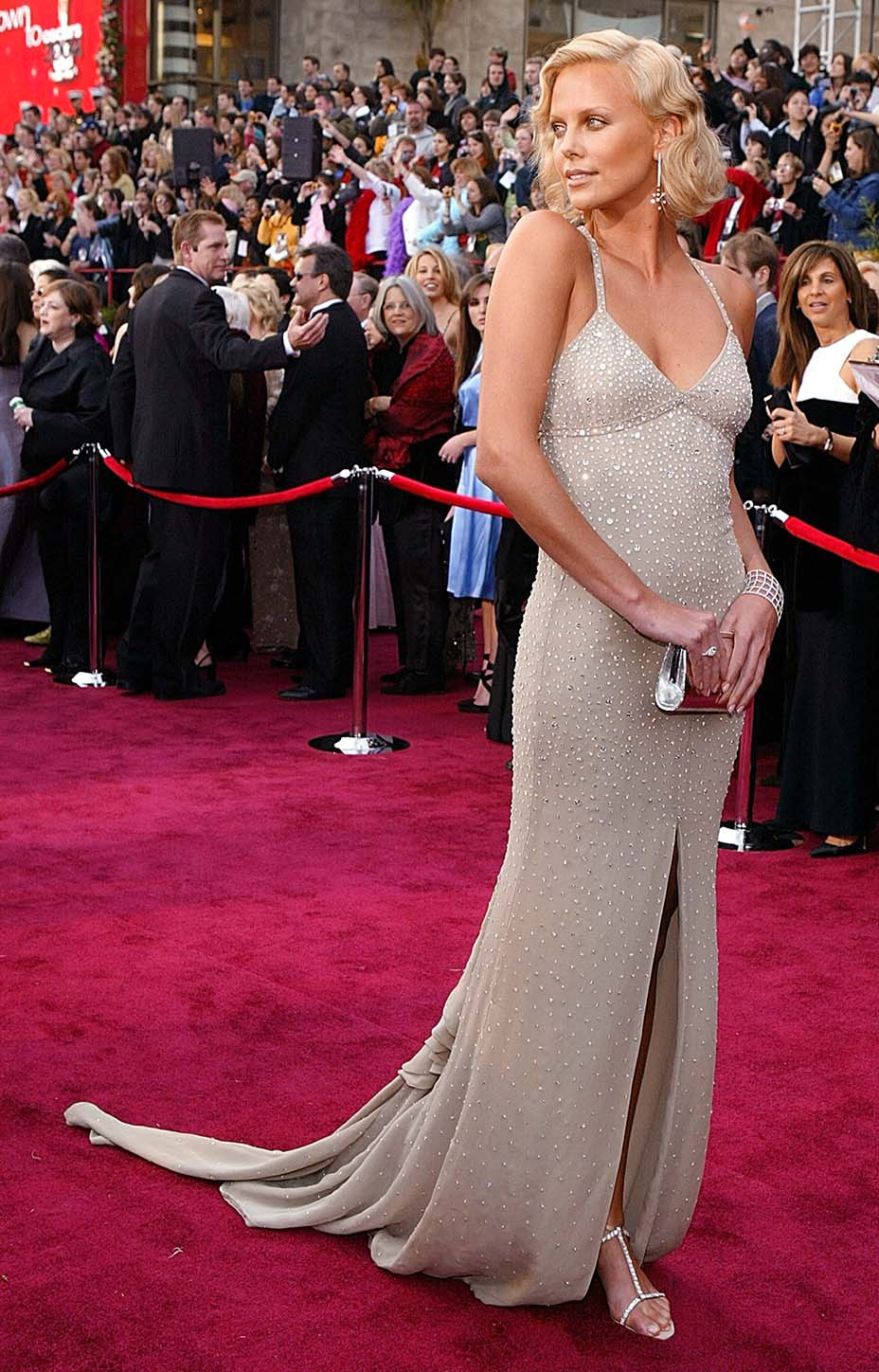 Charlize has been known to rock a good pantsuit.  At the 2016 Cannes Film Festival, Charlize took it to the next level in a Dior Couture tuxedo on the red carpet for the premiere of The Last Face.  The extremely low-cut white button-up shirt added sex appeal to the androgynous ensemble. In keeping with the minimalist look, she wore her hair in a sleek low bun and wore one major statement-making diamond necklace. 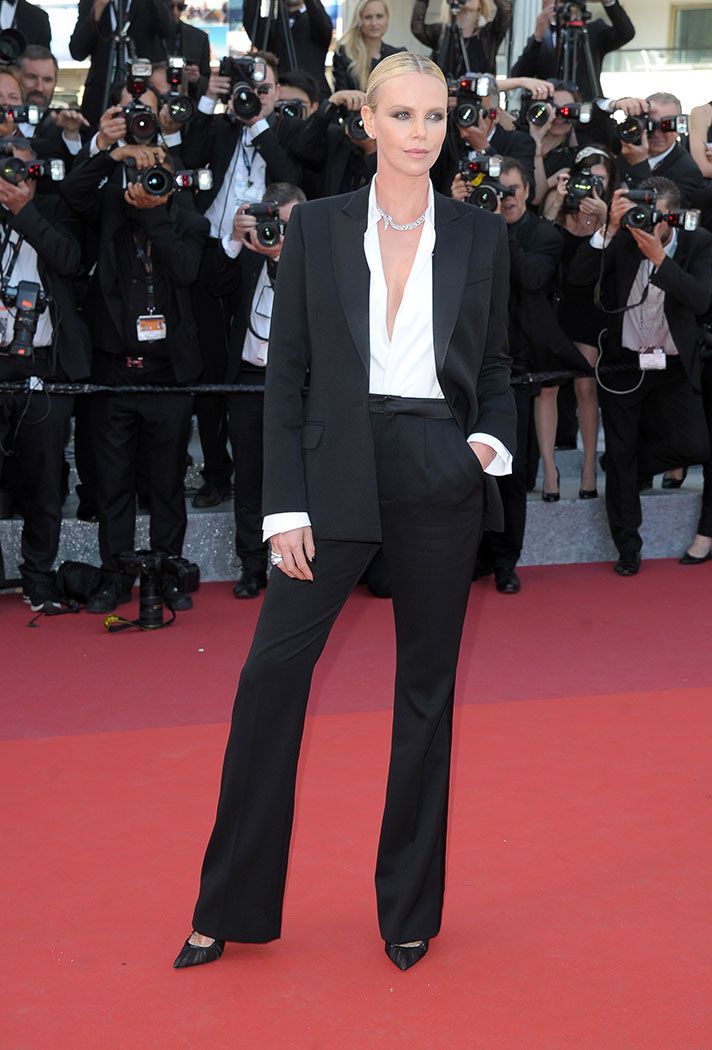 Looking like the goddess she is, Charlize chose a fabulous gold lamé Dior gown for the 2017 Oscars.  This metallic gown sparkled along with the show-stopping 59.9-carat diamond drop earrings from Chopard’s “Garden of Kalahari” collection.  Gianvito Rossi’s heels completed the luminous look.  A presenter at the Academy Awards that evening, Charlize still commands the red carpet as if she is the star of the show. 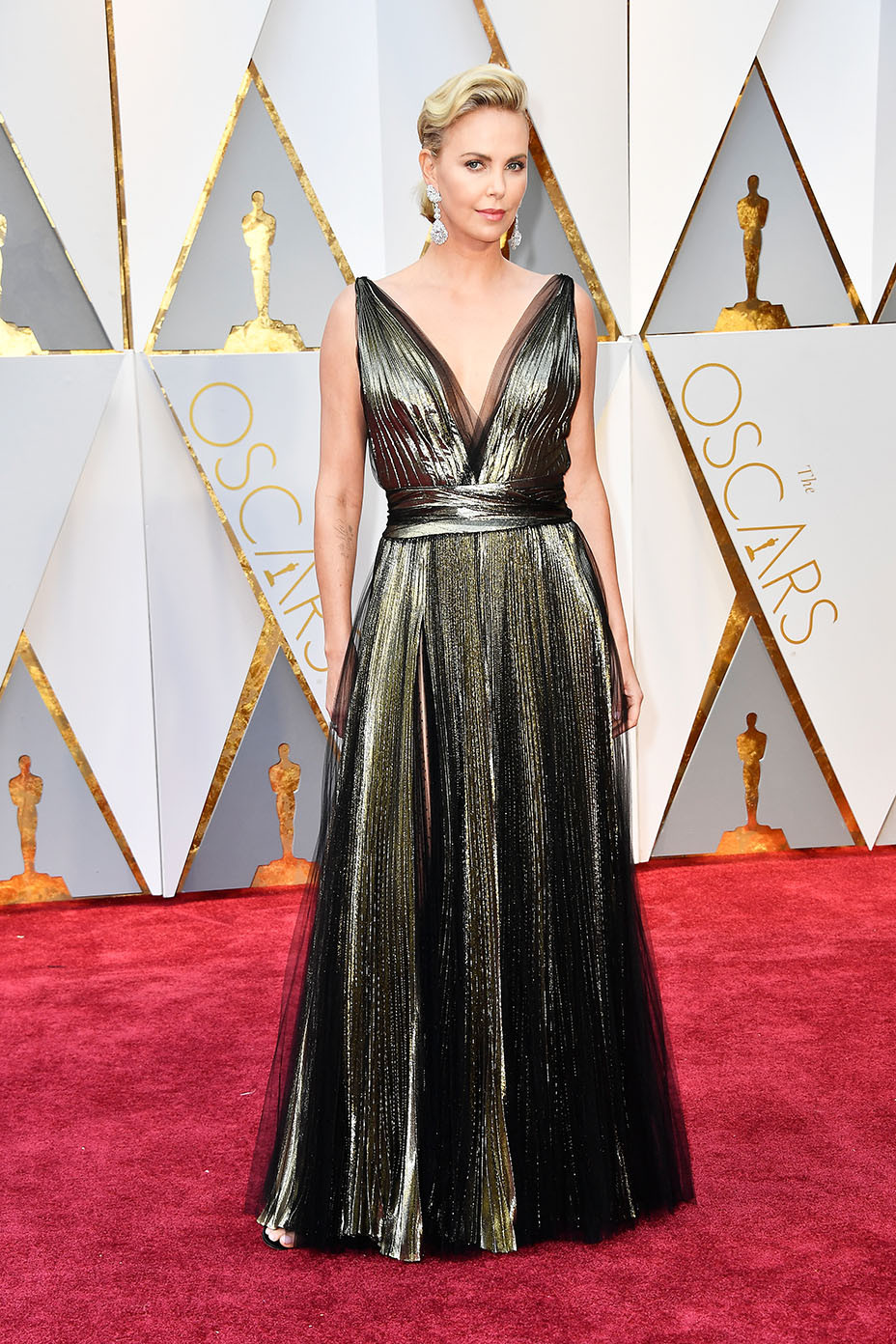 Always a fan favorite, we look forward to Charlize Theron wowing us on the red carpet for years to come!