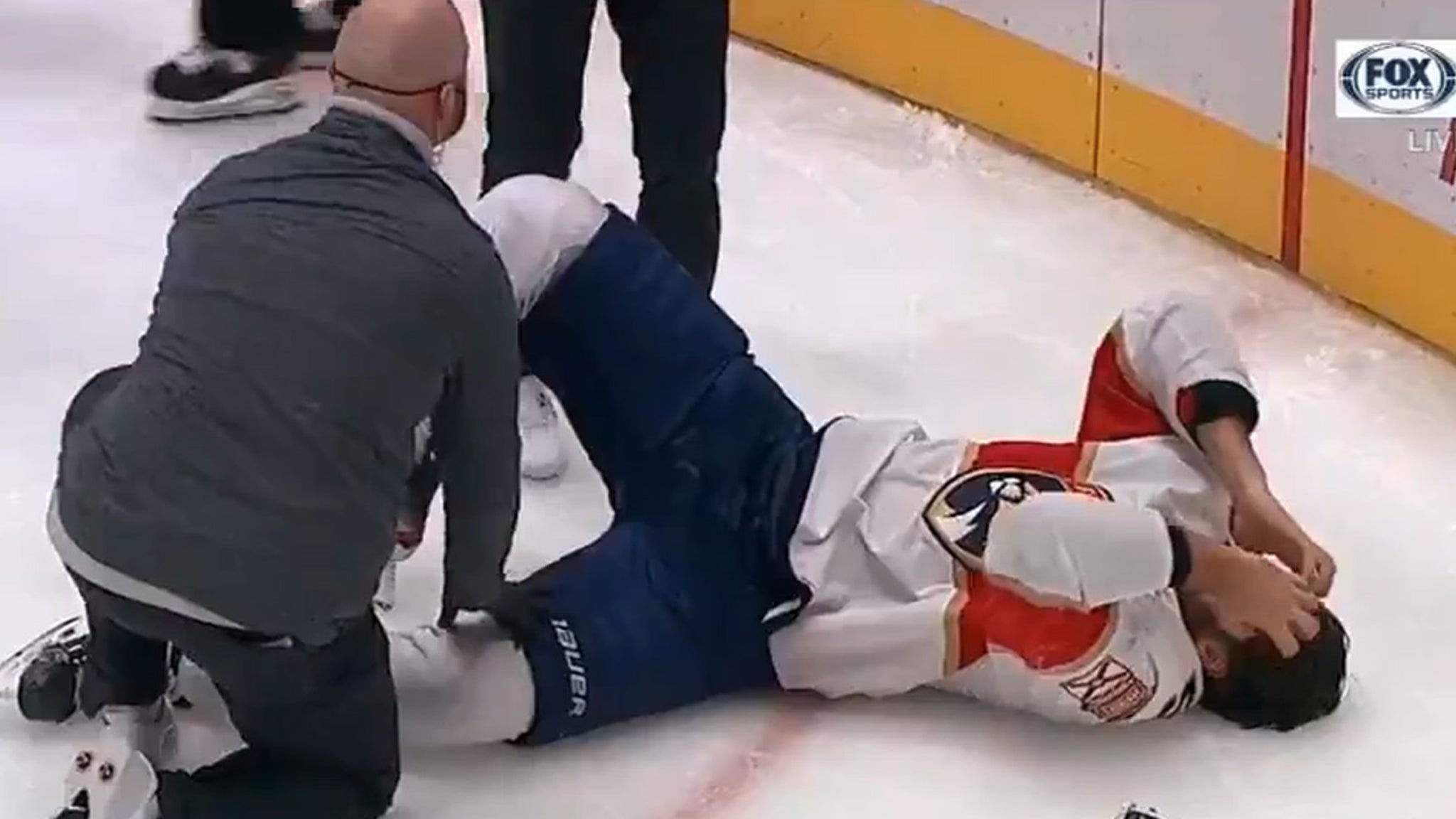 Horrific scene on the NHL ice Sunday … a star player for the Florida Panthers suffered a gruesome knee injury mid-game and was forced to leave the match on a stretcher.

Aaron Ekblad — who was leading the Panthers in total ice time this season — took a check from an opponent in Florida’s game against the Dallas Stars when things went terrifyingly wrong.

Ekblad’s knee and skate got caught under his body … and when he came crashing down on top of the leg — it all bent and crumpled awkwardly.

THIS DOES NOT LOOK GOOD#FlaPanthers Aaron Ekblad is being stretchered off the ice.
🎥 @FOXSportsFL pic.twitter.com/FN07IakHtv

You can see in video immediately after the injury … Ekblad was in SERIOUS pain — writhing on the ice, screaming, and holding on tightly to team trainers.

The defenseman was eventually strapped to a stretcher and taken off the ice. In a postgame update, Panthers head coach Joel Quenneville said Ekblad would be out indefinitely.

“It was pretty tough,” Ekblad’s teammate, Jonathan Huberdeau, told reporters after the game … before adding, “You hear him scream too. I mean, it must have hurt so bad.”

A tiny sliver of good news for Ekblad? His team ended up winning the game without him, beating the Stars 4-1.