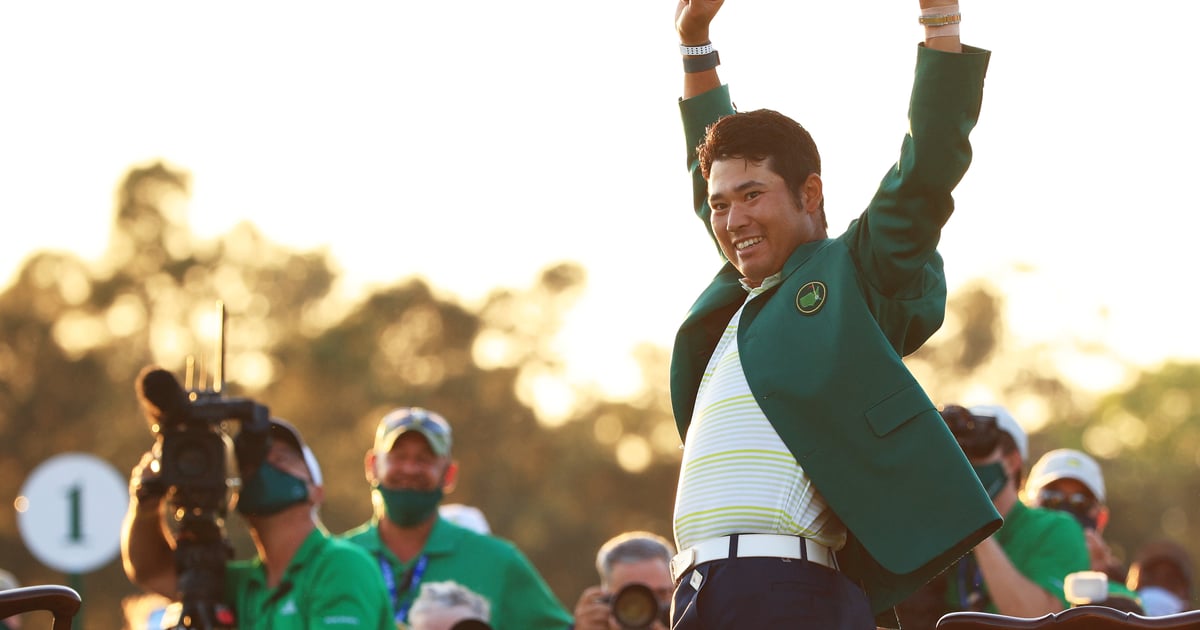 Hideki Matsuyama became Japan’s first golfer to win a major at the 2021 Masters over the weekend. On April 11, alongside his caddie, Shota Hayafuji, the 29-year-old bested American Will Zalatoris to receive the acclaimed Green Jacket at the Augusta National Golf Club. Matsuyama is the first Asian-born champion of the Masters tournament.

Tiger Woods, currently recovering from injuries sustained during a car crash back in February, congratulated Matsuyama on Twitter, writing, “Making Japan proud Hideki. Congratulations on such a huge accomplishment for you and your country. This historical @TheMasters win will impact the entire golf world.”

Matsuyama said after the fact, “I’m really happy. My nerves really didn’t start on the second nine. It was right from the start today and right to the very last putt.” He added of his family, “I was thinking about them all the way round today, and I’m really happy that I played well for them.”

Matsuyama noted of his triumph, “Hopefully I’ll be a pioneer in this and many other Japanese will follow. And I’m glad to be able to open the flood gates hopefully, and many more will follow me.” Matsuyama’s win marked his first tournament victory since 2017. Two Japanese women golfers have won major championships of their own: Hinako Shibuno at the 2019 Women’s British Open and Chako Higuchi at the 1977 LPGA Championship (now called the Women’s PGA Championship).

Ahead, check out imagery from Matsuyama’s historic win.