We all know Chrissy Teigen as an Award-winning icon. She’s an actress, television producer, presenter, and model. Over the last 10 years, some of her TV shows include “Lip Sync Battle,” “Chrissy’s Court,” “FABLife,” and “Snack-Off.”

She’s come a long way since working at her local surf shop in Huntington Beach.

From her modeling debut in the Sports Illustrated Swimsuit Issue in 2010 to growing into a top model, television personality, author, and entrepreneur, Chrissy Teigen has had countless renowned looks throughout the years.

Check out our top Chrissy Teigen looks over the last decade. 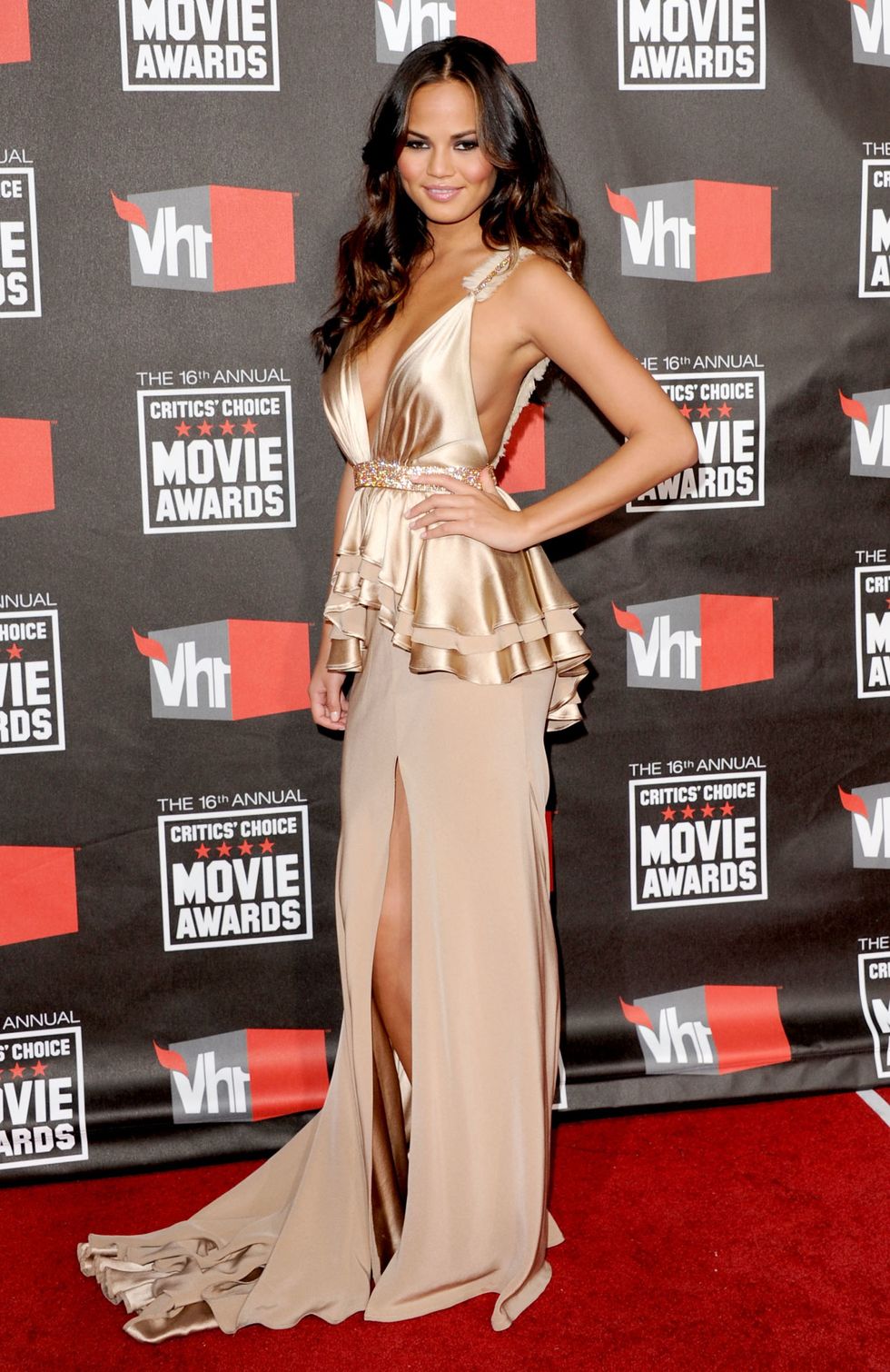 Chrissy in 2011 attending the Critics’ Choice Movie Awards in Hollywood. She’s wearing a beautiful blush silk gown with a high slit, ruffles, and a plunging neckline. 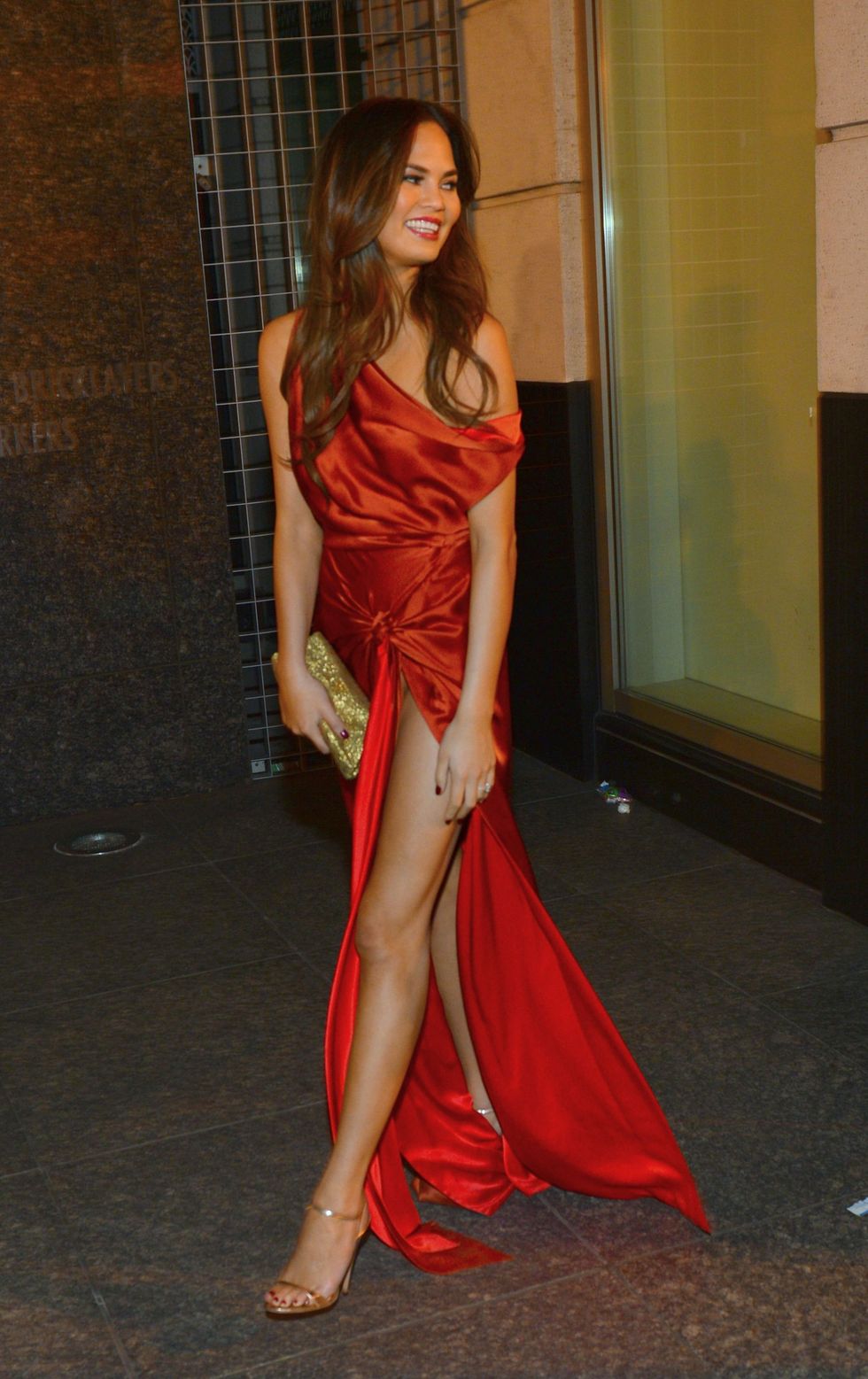 Chrissy attending At The Hip-Hop Inaugural Ball II in D.C. in 2013. She’s wearing a gorgeous red satin off-shoulder gown with a high slit. 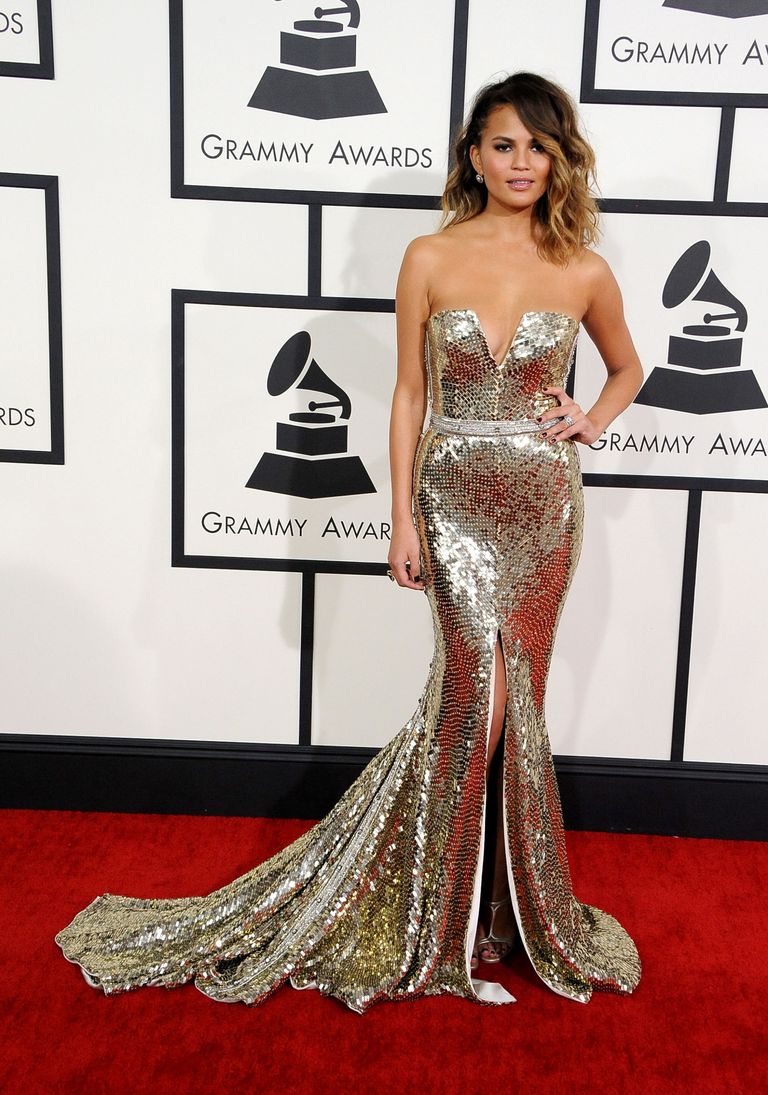 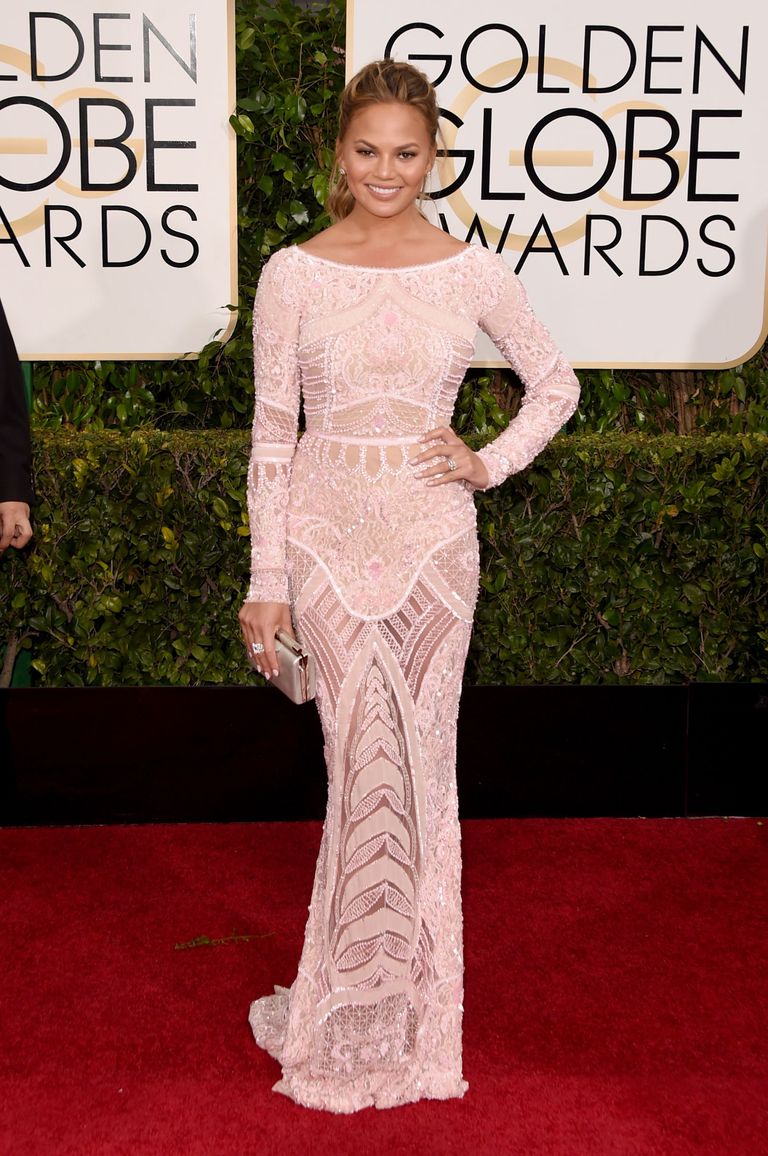 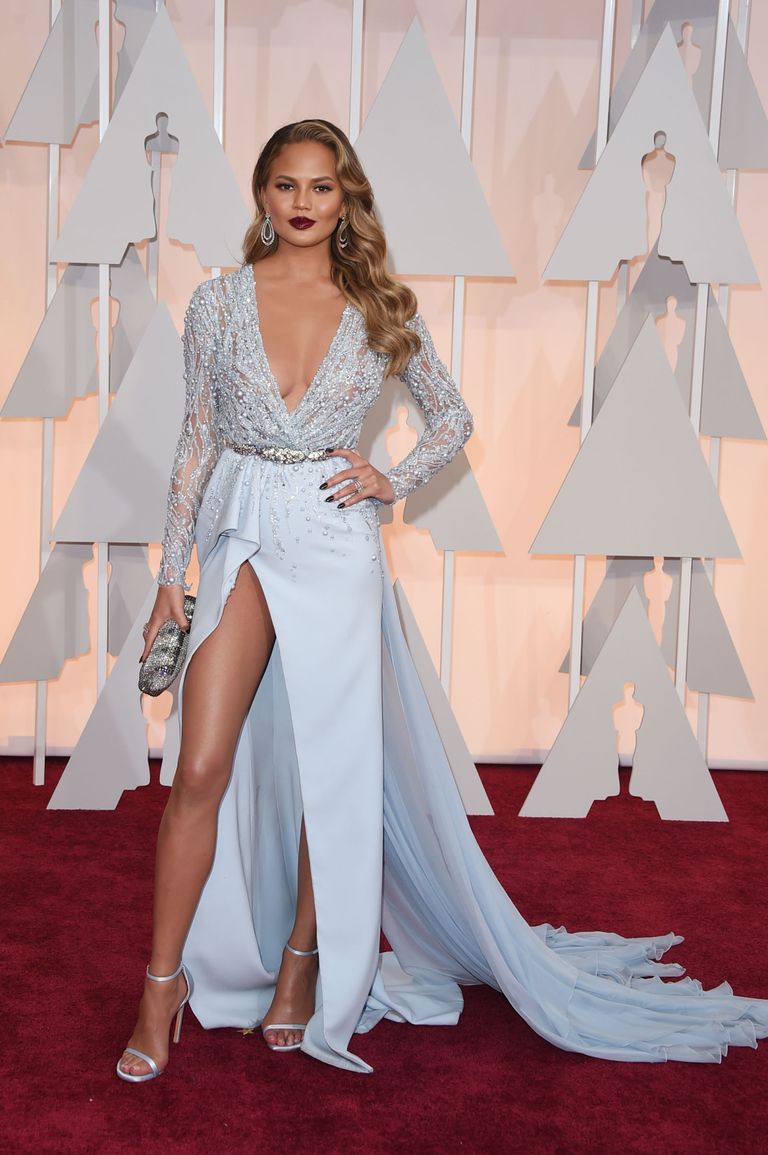 Chrissy in 2015 Wearing a plunging pastel blue gown by Zuhair Murad with matching strappy heels at the 87th Academy Awards.

In 2019, Chrissy wore a hand-embroidered Marchesa gown to the Vanity Fair Oscars after-party.