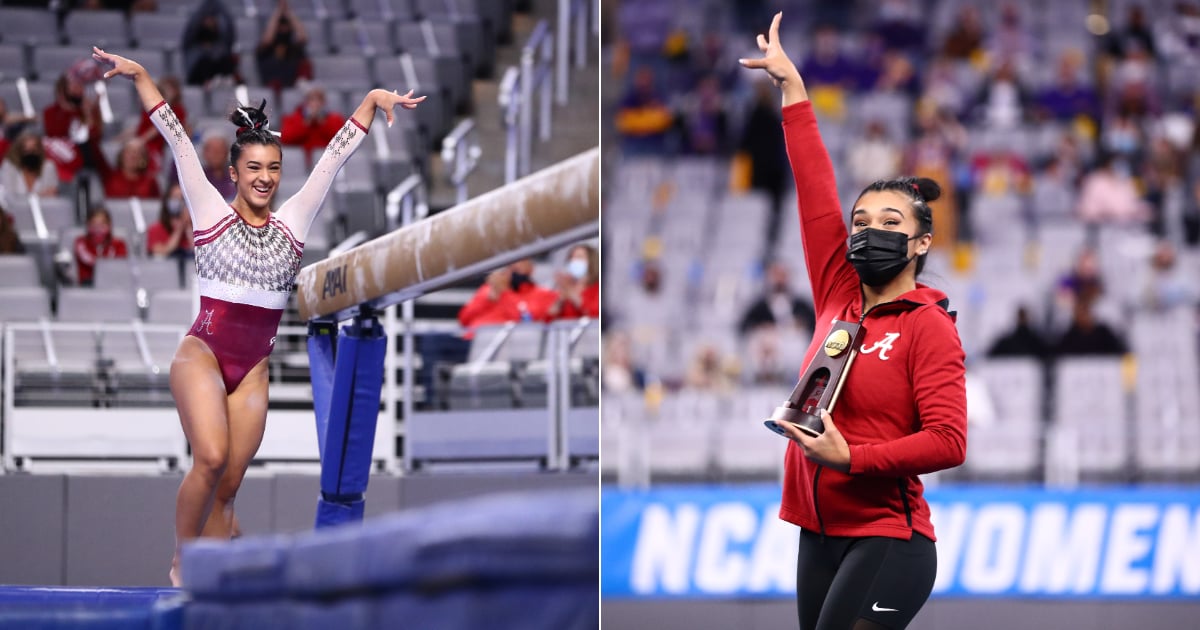 After the semifinal rounds of the 2021 NCAA Women’s Gymnastics Championships on April 16, Luisa Blanco, a sophomore from the University of Alabama, was named the national beam champion with a score of 9.9625. Alabama did not move on to the final team competition on April 17, but Blanco was able to secure her victory and, as it turns out, was the only sole champion on any of the individual events (co-champions were named due to ties on vault, bars, and floor).

Watch Blanco’s near-perfect routine in full above. She’s rock-solid on the four-inch beam, and you’ll see her do a tumbling series of back handspring step-out connected to two layout step-outs. Do you notice a wobble — any wobble? We sure don’t! She highlights her flexibility, grace, and power, and she punctuates the performance by sticking her round-off double-twisting layout dismount. Her proud nodding at the end is priceless (she knows she’s just showcased something special!).

Fun fact: the Dallas native scored a 10.00 for this same routine during a regional semifinal competition on April 2. The season may be over, but this athlete still has more gymnastics in her future!