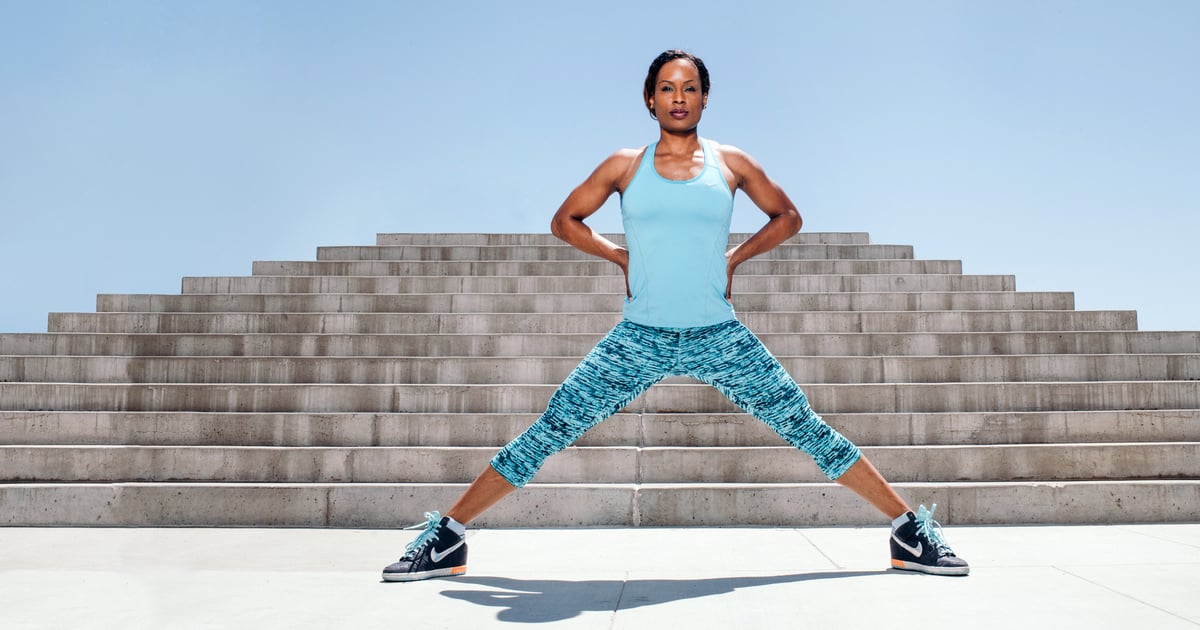 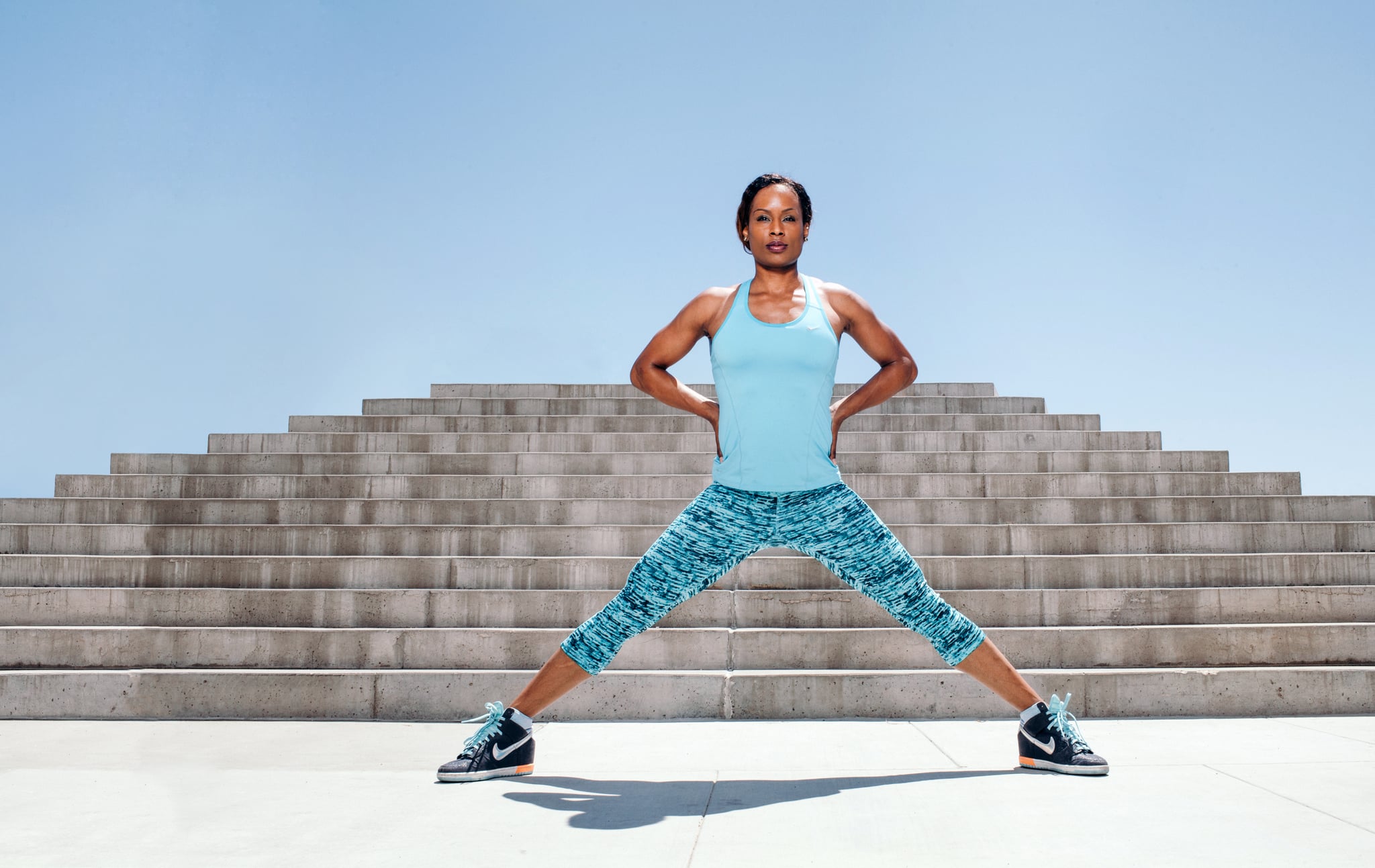 Mechelle Lewis Freeman didn’t plan to become an Olympian. She had dabbled in youth soccer and basketball and didn’t even pick up a pair of spikes until high school. But once she realized she was fast, she never looked back — except, maybe, to check on her competition. When asked why she stuck with track and field, Mechelle responds with an effortless confidence reserved only for women who have broken too many barriers to feign humility: “Because I was hella good.”

And she was. In high school, Mechelle won a state championship. Then, as a college athlete, she brought home the first national championship in any sport to the University of South Carolina. Then, in 2007, she became a world champion, which was only a precursor to her debut at the 2008 Olympic Games in Beijing. Mechelle did all of this — dedicated her 20s, her body, her entire life to the sport — only to be told by a coworker years later that track was irrelevant.

After hanging up her spandex, Mechelle fell back on her master’s in communication to land a spot in Coca-Cola’s marketing program for retired Olympians. She soon transitioned to a role at an advertising agency, a career she’d eyed ever since watching Eddie Murphy’s Boomerang as a kid. “[When] I was working there, they were managing athletes,” Mechelle told POPSUGAR. “One day I was like, ‘Why don’t you have any track people on your roster?'” She was stunned when her coworker said that track athletes are only relevant every four years.

Mechelle, not oblivious to track’s standing in pop culture relative to other sports, rejected the notion that her career didn’t matter until she reached the Olympic stage. She was called a track girl long before then and, through a position as a Team USA assistant coach, would be one for the foreseeable future. Spurred by this stubborn refusal to relegate her life’s work into a societal junk drawer, she used her influence to boisterously defend the sport’s place in the American canon.

In 2015, Mechelle — alongside fellow track athlete Jennifer Forrester — founded TrackGirlz, a nonprofit providing mentorship and financial assistance to young girls in the sport. According to the Women’s Sports Foundation, girls are twice as likely as boys to drop out of sports by age 14 due to lack of opportunity or resources, but those who stick with a team, especially in track and field, are more likely to achieve high academic marks and have steadfast goals of attending a four-year university. TrackGirlz, as a result, isn’t simply a sports enhancement program but a community-based program teaching girls to set and achieve goals in every aspect of their life.

Outdoor track and field doesn’t have a national league, and what little coverage it does get orbits around the Olympic schedule, giving kids few chances to find role models in track and field, compared to male-dominated sports like football and baseball. Mechelle wants to change that and hopes TrackGirlz’s workshops and scholarships will provide a way to do it. “I want to showcase the influence and impact of women in the sport,” Mechelle told POPSUGAR.

“I want to showcase the influence and impact of women in the sport,” Mechelle told POPSUGAR.

For the workshops, Mechelle relies on her network of world-renowned athletes (many of which are her former teammates) to pair girls with “high-level mentors” at touring training camps. The second front is the nonprofit’s grant program. “We can support them financially to participate in tracking their local communities,” Mechelle said. “Our mission is giving girls access to track and field.” Brands including Lululemon and JackRabbit have already signed on, and as social media makes it easier to spread awareness of now-dubbed “track girls,” she thinks even more sponsors are on the way.

In the meantime, Mechelle is staying in the trenches to provide incomparable training and guidance to girls looking for sisterhood and strength through sport, especially during the pandemic. Before COVID hit, TrackGirlz was already getting swarms of positive feedback on the program’s impact on young girls, but this connection through track has become even more important to participants during the past year. “A parent wrote us during COVID and said, ‘If you didn’t keep our girls motivated, we don’t know what they would have done. Thank you for being there,'” Mechelle said.

There with the next generation of track stars is a place Mechelle likes to be, but caring for her own resident track kids is the ultimate goal. As a mother of two who’s still wrestling with entering her 40s, Mechelle says everything she does is to set up her kids’ futures. Growing her nonprofit into a global movement, toying with the idea of being head relay coach for Team USA, launching TrackGirlz apparel — it’s all to make her kids’ future a bit easier.

A scroll through Mechelle’s timeline, full of anti-white-supremacy and pro-Black Lives Matter posts, will tell you why she, perhaps more than other parents, feels the need to do so. “Whatever I do, I want to make sure I’m making a lot of money so that my generational wealth plan is set up, and then [I can] do whatever the hell I want,” Mechelle explained. “I’m on the Beyoncé plan.”