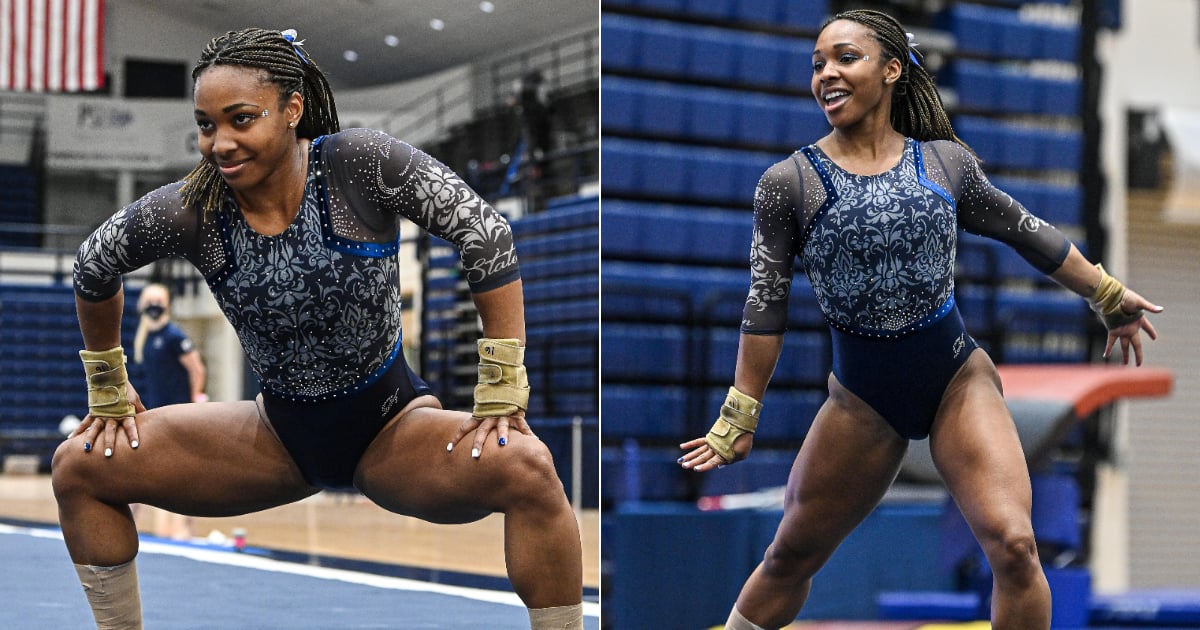 In honor of @NFL Draft Day, let’s take a look back at @erynne_ikeya making her case for first overall pick with this NFL-themed floor routine!

The 2021 NFL Draft kicked off April 29, and Penn State fifth-year senior Erynne Allen is helping us stay excited for the occasion with a football-themed floor routine from this past college gymnastics season. Allen starts off dancing along to what she told POPSUGAR is music you’d hear while watching the sport on ESPN. She then showcases a huge double layout for her first tumbling pass, and you’ll hear the NFL draft chime. Throughout, the routine features referee whistling, and it ends with Zombie Nation’s “Kernkraft 400,” which she said is a favorite at Penn State’s Beaver Stadium.

Allen, a Giants fan, said she feels as though football brings viewers together, “and I wanted to have a floor routine with music that is easily identifiable and gets people excited!” The routine actually lays out a story of a college football player who gets drafted. “It begins with the ESPN sound that you’ll hear while watching games on TV on Saturdays in the fall,” she explained. Then, you hear the draft chime, and Kendrick Lamar’s “Backseat Freestyle” “is representative of enjoying the moment and celebrating success and excitement of making it to the pros.” Ending with Zombie Nation’s hit song, she said, symbolizes returning home to Beaver Stadium.

This particular performance, seen in full above, is from a competition against the University of Nebraska on Jan. 23 where Allen scored a career-high 9.875. The 2021 NCAA gymnastics season may be over, but it’s still bringing us all of the touchdown-worthy vibes thanks to Allen, and we love it!