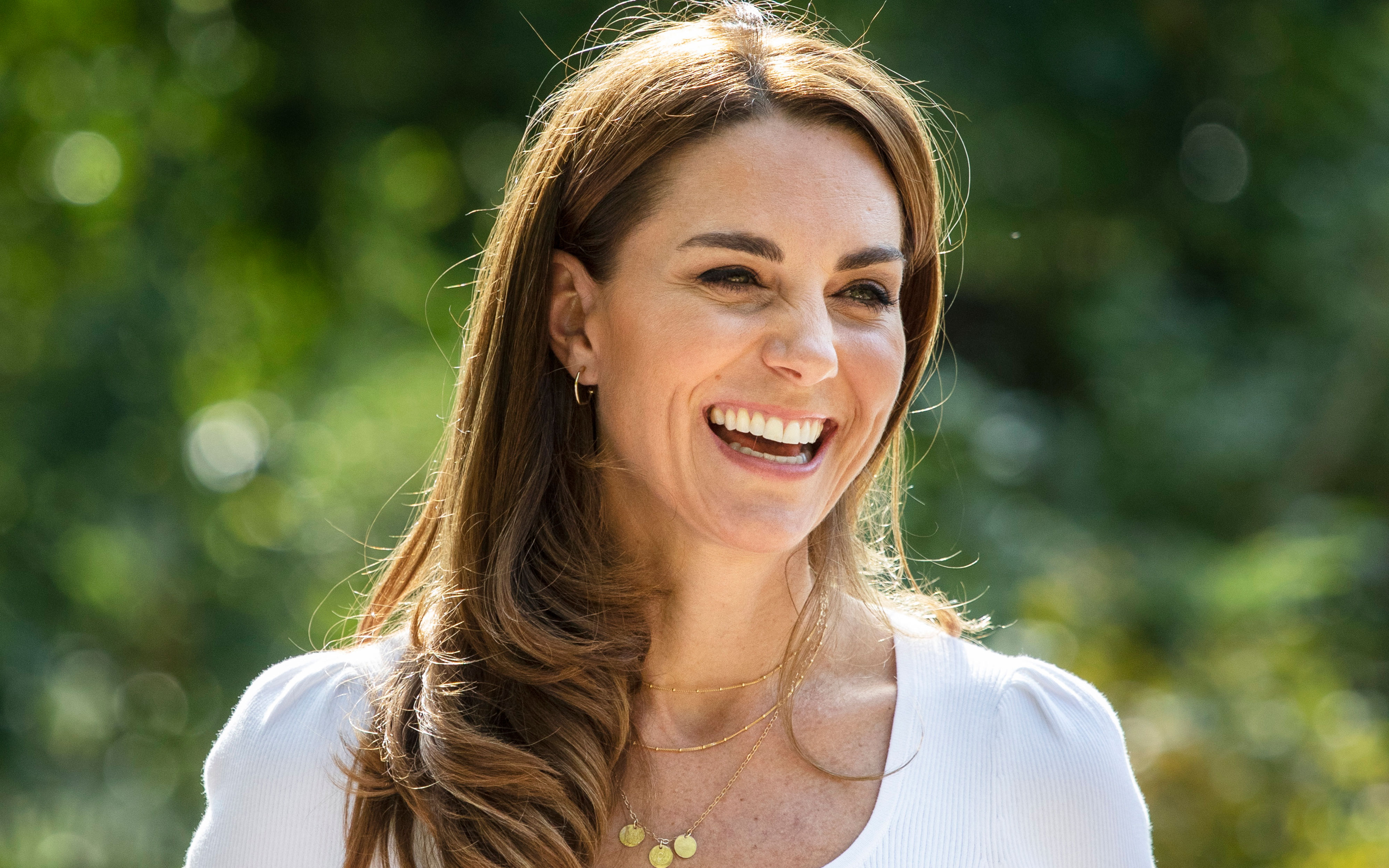 In the 10 years since Will and Kate’s royal wedding, the Duchess of Cambridge has had many amazing style moments — but there’s more to the story. Her clothes are one of her most powerful tools when it comes to showcasing her royal duties.

November 16, 2010 is a day that will go down in history. After seven years of dating, Prince William and Kate Middleton announced they were engaged. Finally! And for the fashion world, it was the day the “Kate effect” was born. Within minutes of appearing at the photocall, Catherine’s blue Issa London wrap dress sold out in the UK — and it went on to sell out in 43 countries including the United States. Such has been the case for so many Kate Middleton outfits since.

Kate gave her first press interview that day, sitting down for the traditional engagement interview with ITV’s Tom Bradby, and she didn’t give another one for nine years. But like Queen Elizabeth II, Princess Diana and countless people in politics (hey, Michelle Obama), Kate’s clothes tell us her story. Her engagement dress established who the Duchess of Cambridge would be as a royal: perfectly appropriate, full of symbolic gestures — the sapphire blue colour of the Issa dress was a subtle nod to Princess Diana’s own engagement outfit — and always flying the fashion flag for Britain. “I think she’s acutely aware of the power she wields which is why we see her choose the labels she wears so carefully,” Bethan Holt, author of The Duchess of Cambridge: A Decade of Modern Royal Style, tells FASHION.

There is a message behind every blouse, necklace, handbag and pair of shoes Kate wears. And as the duchess reaches a decade of marriage (and royal duty) on April 29, her power is becoming clearer than ever. Here, we dive a little deeper into those fashion choices and the story they tell.

Soft diplomacy at its finest

“Kate is a future queen and wife and mother to two future kings so she chooses outfits which encompass that,” says Holt. “They’re elegant, regal and epitomize how seriously she takes her role by supporting British designers and symbolizing the royal family’s soft power.” Shortly after her engagement, Kate had her first day on the job at a royal engagement in North Wales. She somehow had to show the world that this commoner was ready to one day be queen consort. A fascinator was obviously the solution. Designed by British designer Vivien Sheriff, the fascinator featured military badges, including the Royal Welch Fusiliers, of which Prince Charles is Colonel-in-Chief. It was a subtle nod to the family she was joining and its role supporting the Armed Forces.

But Catherine’s most symbolic fashion moment was undoubtedly her Alexander McQueen wedding dress. The royal family’s job is to “strengthen national unity” and Kate weaved that duty into her gown’s bodice and skirt. Beautifully intertwined in the lace were roses, thistles and shamrocks representing England, Scotland and Ireland respectively, as well as daffodils for Wales. This might be the most stunning example of soft diplomacy.

The Duchess of the high street

When the Duchess of Cambridge left Buckingham Palace after her wedding, she walked across the palace lawn in a $90 Zara dress. “She knows that people love to see her as ‘normal,’” Holt says. The duchess joined the royal family at a unique time, explains Holt. The Queen and Diana didn’t have to contend with the internet, and fans being able to identify what they’re wearing (and where to buy it) within minutes. Fashion sleuths have quickly found Kate’s $65 Topshop maternity dress, $30 Gap pants and $8 Zeen earrings (among many other items).“There was also this growing expectation for the royal family to be more ‘relatable’ when Kate came onto the scene so it made sense for her to make wearing [the] high street her ‘thing.’”

In 2018, we saw a new Duchess of Cambridge. Fresh from her third maternity leave, she sashayed into the Victoria & Albert Museum in a tweed Erdem dress with an edgy neckline, zippy hemline, bold earrings and velvet shoes. Holt says there was definitely an “I’m back and better than ever” feel to Catherine’s look that we never saw after her previous mat leaves. “It felt like a signal that she was ready and willing to take on more royal responsibilities, to step into her future and to use fashion very cleverly to do that,” Holt explains.

Over the following months we saw small tweaks to Kate’s wardrobe — there were still coat dresses, clutches and her beloved nude pumps, but she added wide-legged trousers, handbags and block heels. It was a spin on the uniform she frequently wore to royal engagements for her early years’ work, showing how seriously she took her duties (and how seriously she wanted to be taken). “The duchess is astute enough to understand that glamour is a huge part of her appeal and that she can harness that to make even more impact in her work,” Holt explains. Say, the glamour of a duchess arriving at an event in a Gucci blouse, purposely worn backwards. The media went wild and her picture (and her work supporting children) was on front pages everywhere. “She was reluctant to embrace this too much in the early years of her marriage but now she’s learnt to use it for good,” Holt says.

Flying the flag for Britain (and shopping local)

From her very first day as a royal-to-be, Kate has supported British fashion (remember the Issa dress?). And she’s done a damn good job of it, boosting the British fashion economy by $1 billion a year. But like the rest of us, she’s changed her shopping habits over the last year. “She’s joining the huge movement towards shopping small and local which has been fuelled by lockdowns,” Holt says. In September 2020, Kate stepped out wearing a new necklace with each of her kids’ initials. The piece was made by Irish brand All the Falling Stars, who had orders from around the world for the necklace Kate wore. The designer has had to enlist help from her family and friends to help with shipping orders! Later in 2020, the duchess debuted a new leather bag by Grace Han and the Kate effect struck again. Sales doubled for the London-based designer. “It’s a combination of her ever-growing confidence and her consciousness that she can really elevate the brands that she wears,” Holt says.

Our future Princess of Wales

The next decade poses a new duty for Catherine — becoming the Princess of Wales when her husband becomes King of England. Does that mean a new style? “I don’t think there will be radical changes but we might see the duchess adopt more and more of a uniform, like the Queen,” says Holt. And truly, who better to emulate in fashion and duty than Her Majesty?