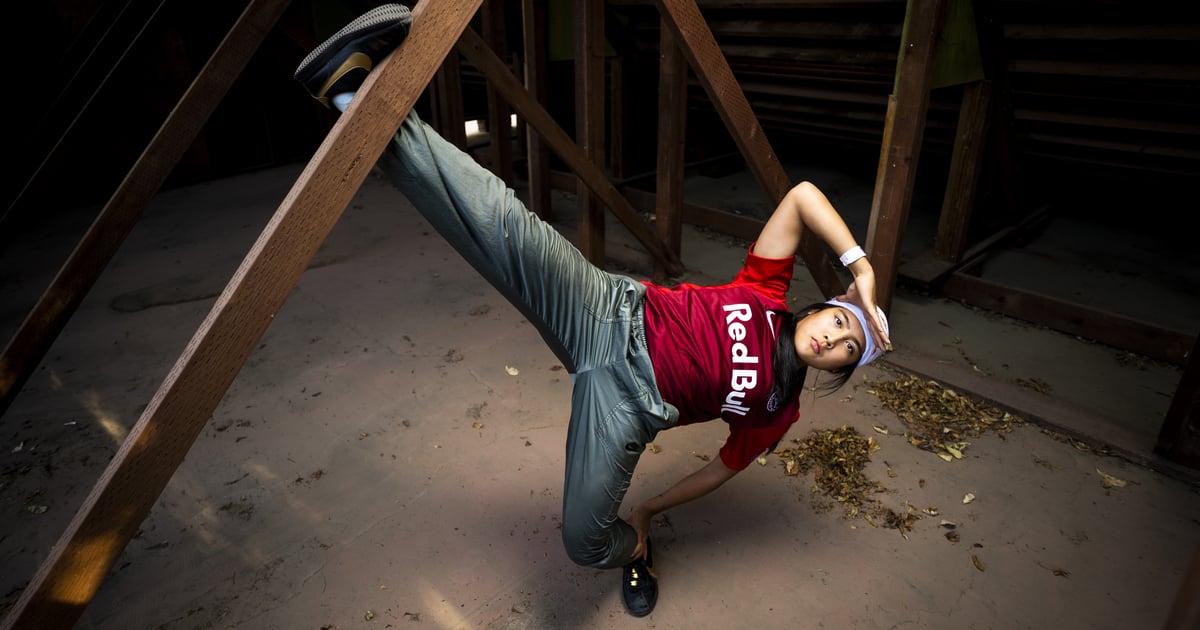 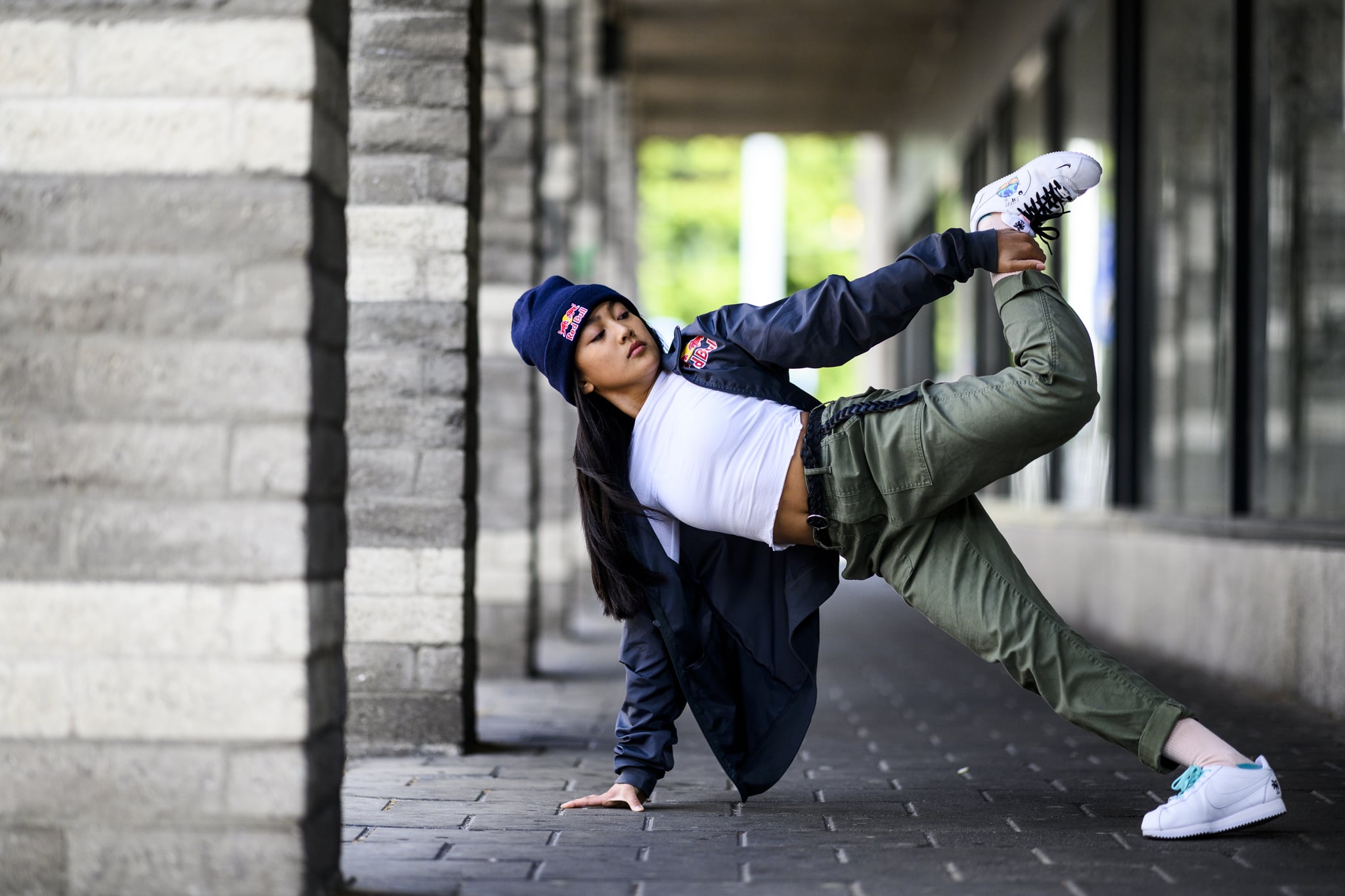 Breaking, known as breakdancing to the outside world, might look like a sport. But for the people practicing it, it’s an art form. This is a fact that 18-year-old Logan Edra, or “Logistx,” made unmistakably clear when we spoke via Zoom back in March — she explained that the freedom to express oneself is the best part of breaking. That liberty, that creative capacity for innovation, makes it living, breathing art.

You may recognize Edra, who’s currently a Red Bull BC One All Star, from when she won season 2 of NBC’s World Of Dance with The Lab, or from when she preformed on The Ellen DeGeneres Show in 2019. Now living in South Florida, she started dance at age 8 and grew up in the San Diego breaking scene. She also had five years of experience with competitive gymnastics, which she said has helped her develop her breaking style and gain upper-body strength (she was about to debut a breaking-infused floor routine before she ended her stint as a gymnast, something we both agreed would have been extremely cool). In her opinion, the physicality and technicality of breaking moves can be just as difficult as gymnastics.

Breaking goes back to the early 1970s as an extension of the hip-hop movement from that time. “Hip-hop was born in the Bronx with people of color in marginalized areas,” Edra noted, adding that as a person of color herself, being Filipina, she feels welcomed in the breaking scene. As a young woman, though, she admitted it’s a bit challenging because the breaking world for B-girls hasn’t garnered as much recognition (Red Bull BC One, for instance, a prestigious worldwide breaking competition that began in 2004 and has a final taking place in Poland this year, only first included a designated B-girl contest in 2018). Breaking, Edra also said, is a “very masculine dance” in a “male-dominated community.”

There are a few key components to breaking: toprock, which is the intro to what you’re going to do on the floor; footwork; power moves like spinning on your head; and freezes. There are tricks and transitions throughout, and Edra said that she’s capable of picking up the technical side of these different components, but learning how to flow through everything is where dancers need to thrive.

“It’s knowing how to perform these moves in the breaking essence and not being too structured and robotic,” Edra said, referencing her breaking name, “Logistx,” pronounced “logistics.” She used to make a plan for everything, “but art has shown me I had to let go of that and just be free in my expressions.”

Breaking’s Debut at the Paris Olympics

Breaking is making its Summer Olympics debut at the Paris 2024 Games, and Edra said the breaking community is split. Some people are excited about the visibility and potential for growth, but others don’t want to commercialize the art form and deduct from the authenticity of it. She did, however, see this coming because “something so cool to watch like breaking, it’s bound to have commercial attention.”

For dancers like Edra who are active competitors and voices for the breaking scene, she knows there’s a bit of hesitation “where we hope we can handle this commercial attention in a way where the culture is taken care of,” where it’s protected. The attention, though, is needed for the evolution of the art form, she said, and she feels confident dancers will be able to evolve along with it.

When asked if she’s considering the Olympics as a future goal, Edra said her solid answer, at the moment, is that she’s undecided. “I’m growing a lot as a person and changing a lot as a person, also experiencing what’s going on in the world at the same time. There’s priorities that have just shifted in terms of my professional career,” she stated. “I realized that I really want to look out for the culture and the community, and I can look out for this scene in the Olympics or not in the Olympics.”

The qualification path for the Paris 2024 Games is not finalized yet, but a World DanceSport Federation (WDSF) spokesperson told POPSUGAR that those proposed guidelines will be released next year by the WDSF and then require approval from the International Olympic Committee (IOC). The IOC subsequently confirmed that its executive board aims to approve the qualification criteria by February 2022.

Breaking: The Art of Connection

Edra said her style of breaking has dynamic edge and power mixed with soul. She trains about five to six days a week but goes with the flow when it comes to her schedule. She considers research, too, part of that and trains her “mind, body, and spirit every single day.” If she’s preparing for an event, she’ll do so around other people to get used to that energy; otherwise, she will balance that group work with solo sessions and even practice in her room on occasion.

“I’d say a majority of B-boys and B-girls don’t have a coach. They train on their own, but if they have a crew, they’ll bounce off ideas,” Edra explained, adding, “I noticed, just for me, which is very different from other breakers, I need to not rely so much on people telling me what to do, but I kind of have to make the decision on my own.” This way, what she brings to her breaking, she said, feels entirely like her.

“I’ve always felt called to do it. I feel like one reason is to help empower women in the scene, especially women of color.

Breaking, too, has proven to help her when she is struggling with her mental health — she’s written on her blog about past suicidal ideation, depression, and self-harm. “It’s a very social dance, and so being able to connect with people who actually go through a lot of the same things is so welcoming,” she said. “For us to connect in such a raw environment, it’s uplifting, and it makes me feel less alone.” The crew she belongs to, Underground Flow, and the artists she’s met throughout her career truly are family, full of mentors and peers who use breaking as an outlet and share her passion.

Edra expressed that she’s felt called to dance and take part in battles (she has a growing list of wins under her belt including the 2018 Silverback Open B-Girl solo competition). “I love it so much. I’ve always felt called to do it. I feel like one reason is to help empower women in the scene, especially women of color,” she said, stating that woman representation in breaking has definitely increased over the years. “It’s not easy, but it feels like a mission. It’s not easy, but it’s fulfilling.”