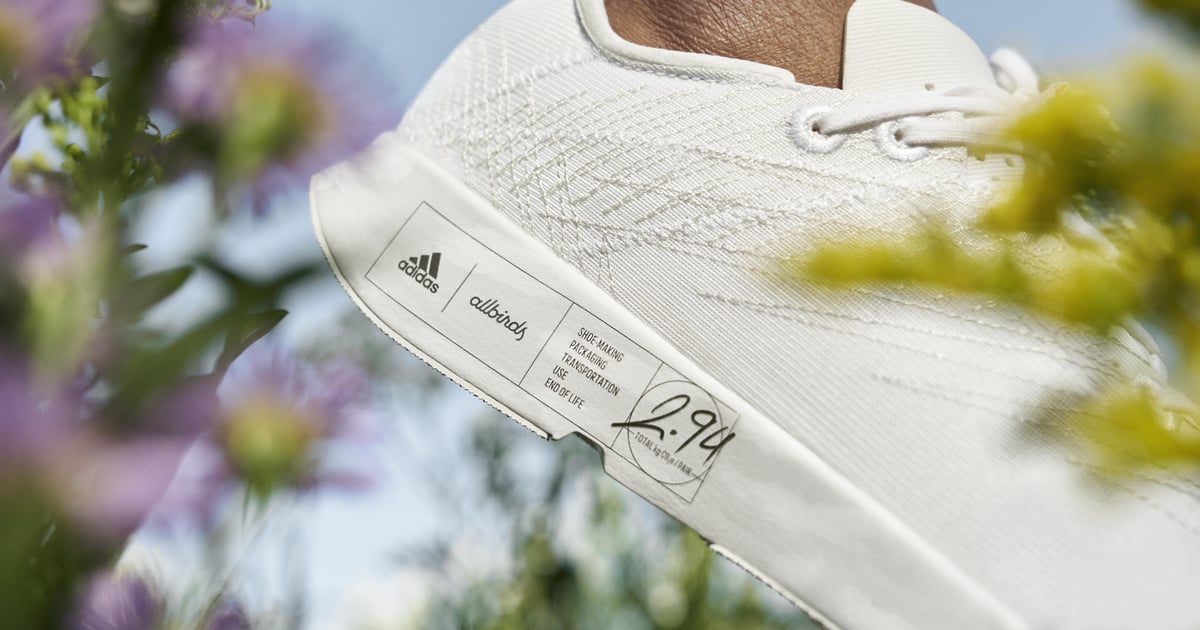 What does it take for two rival sportswear companies to team up? How about a common goal: to create a top-quality product while lowering the carbon emissions needed to make it. That’s what brought Adidas and Allbirds together, and the result is a crisp, all-white running shoe called Futurecraft.Footprint that the companies released today. The shoes’ carbon footprint of 2.94kg CO2e represents the lowest reached by either brand, and Adidas and Allbirds say they didn’t sacrifice quality to do it.

It helps that Futurecraft.Footprint brings together proprietary technologies and materials from both brands, with a midsole based on Adidas’s Lightstrike model blended with Allbirds’s natural, sugarcane-based SweetFoam material. In a press release, Brian Grevy, an executive board member for global brands at Adidas, called the collaboration a “call-to-action for other brands, and a milestone in the sports industry achieving carbon neutrality,” combining “Allbirds’ knowledge of carbon calculation and experience with natural materials, and Adidas’ capabilities in manufacturing and performance footwear.”

Adidas and Allbirds hope their achievement will inspire other companies to collaborate in the name of solving climate change, added Tim Brown, a co-founder and co-CEO at Allbirds. “Our two teams have raced as one to create a shoe as close to zero carbon emissions as we could possibly achieve,” he said in the press release. “The results are an exciting step forward, and hopefully, an example for others to follow.”

Futurecraft.Footprint is released today as part of a limited, 100-pair raffle for Adidas’s Creators Club, with a wider release planned for later in the year. Check out more photos of the spotless, environmentally friendly shoes ahead!